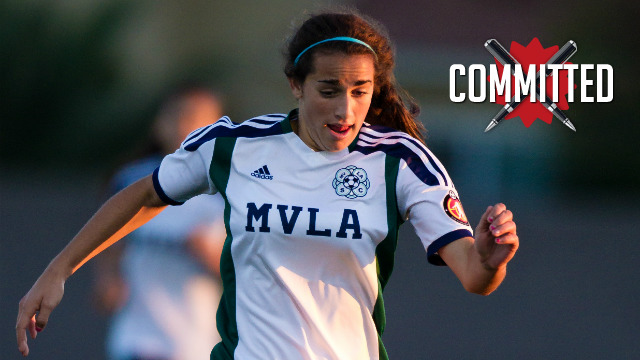 Walking into the recruiting process with a favorable opinion of the program already, it didn’t take long for Elizabeth Kinkler to notice that making a commitment there would be a good idea, for multiple reasons on and off the field. 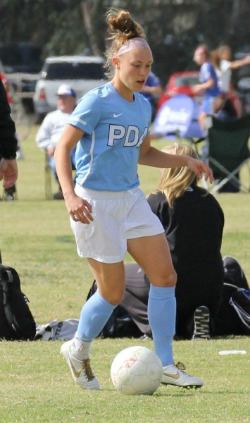 “It’s easy to like the program’s successful history and its membership in the ACC, but what I really like is the overall make-up of the program including everything from the coaching staff, the facilities, the coaching philosophy and the composition of the team,” she told TopDrawerSoccer.com.

“Although I have yet to meet a college coach that I did not like or respect, I feel very comfortable around Coach da Luz.  His impressive track record gives me great confidence that he knows how to manage his team and develop student-athletes. I felt that the soccer program at Wake Forest would help me reach my full potential as a player and maximize my success in the future.”

Kinkler obviously did her homework on schools, and spent time in the classroom on one of her official visits. After that process, she realized she would get a high quality education while also competing at a high level in the ACC.

“I like a lot of things about the school,” she said. “First and foremost, I am drawn by the school’s strong academic reputation and low faculty to student ratio.  I also love the school’s architecture and surroundings. It’s a beautiful campus and I am looking forward to spending my college years in Winston-Salem.”

A striker who can score goals as well as set up her teammates, Maemone’s confidence in head coach Tim Ward and assistant coach Twila Kaufman ultimately played a huge role in securing her verbal commitment to Pepperdine.

“It has always been my dream to play Division I soccer at a school where I could grow in my faith, and Pepperdine allows me to do that,” she told TopDrawerSoccer.com. “I was able to connect with two of the seniors on the team while at the Malibu Soccer Academy, and they are two genuine girls, and I would love to follow in their footsteps. Also, my brother and my sister both live in Los Angeles and I will be able to see them often.”

Many things stood out to her about the team, including the coaching staff’s emphasis on not just players, but the person as well.

“The soccer program at Pepperdine is absolutely amazing,” she said. “The team is like a family and you can see it in the way that they play. The coaches not only encourage the girls to be great soccer players, but more importantly, great young women.”

Add in the school’s location, and it’s easy to understand Maemone’s decision.

“The campus has to be the prettiest I have ever seen, being right above the beach in Malibu,” she said. “It is definitely tough to beat. The staff and students I have met there have all been so friendly and welcoming. I currently go to a small Christian school, and the relatively small size of Pepperdine makes me feel at home.”

Having the chance to play college soccer for former U.S. women’s national team head coach Greg Ryan is not a bad perk of committing to the Wolverines, like Kelly Sweeney recently did.

“Michigan has a strong athletic and academic tradition,” she told TopDrawerSoccer.com.

Ryan’s presence is buoyed also by what the school offered Sweeney off the field – as it’s not too far from her family, among other things.

“Michigan has awesome facilities, is close to home and has great team spirit,” she said.

Defender Katherine Sasser (Strikers FC) committed to TCU for the class of 2014.

Goalkeeper Hailey Melton (TSC Hurriance) committed to Tulsa for the class of 2016.

Midfielder Reece Christopherson (Sporting Blue Valley) committed to Arkansas for the class of 2015.

Midfielder Brooke Tasker (Colorado Storm) committed to Oregon for the class of 2014.

Defender Jessica Valadez (Eagles SC) committed to Grand Canyon for the class of 2013.