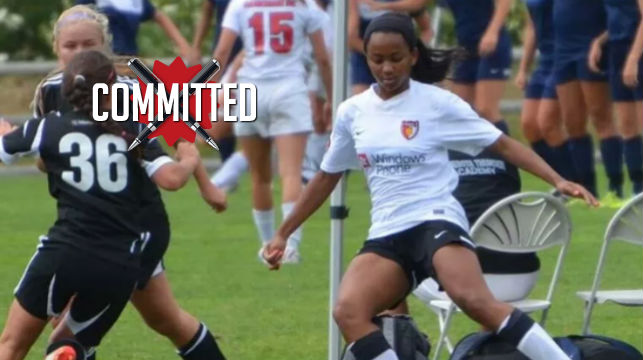 A consistent defender on the Dallas Texans U17 ECNL side, Madison Dorsett is a hard-working and athletic player with pace.

Her college commitment featured the whole package of school and soccer.

“I feel that Kentucky is building a really strong program and that they have lots of support from the entire athletics department,” Dorsett told TopDrawerSoccer.com. “I love the coaches at Kentucky and feel they will push me beyond what I think I can do on the field.”

Getting the chance to see the team up close revealed an environment to her that she very much wanted to be a part of one day.

“I loved the girls on the team and their relationships with each other and the coaches seemed really genuine,” she said. “That is important to me since I will be a little far from home! I love all of the technology the training staff uses to keep the players healthy and in tune with their body.”

The chance to compete in the SEC was another plus for the Texas native.

“The University of Kentucky is a beautiful place to attend college and I love that it is in the SEC,” Dorsett said. “I am excited about continuing my career and my education in Lexington."

Dorsett is the second reported verbal commitment to join Kentucky for the class of 2017.

For Taylor Aylmer, her commitment to Rutgers stemmed from the fact she found the right place for herself on and off the field.

“I decided on Rutgers for a number of reasons,” Aylmer told TopDrawerSoccer.com. “Of course good soccer, but most importantly great team chemistry among the players and coaches. Rutgers also has the major I am interested in."

A versatile cog on World Class FC’s U17 side in the ECNL, Aylmer also plays a starring role for North Rockland High School in New York’s Hudson River Valley. The team spirit on the current Rutgers squad also stood out to her.

“I liked the connection the girls had on the team, the commitment and dedication they have and the chance to be able to play in the Big Ten Conference,” she explained.

She also felt like committing to the school would open up the right doors for her down the road.

“Rutgers is a very strong school academically that offered my major as well as the internships I will need to do later on as I move forward,” Aylmer said. “I also like the diversity Rutgers has to offer.”

Five players are committed to join Rutgers in 2016.

Midfielder Lauren Brown (FC Bucks) committed to Williams for the class of 2015.

Forward Devin Burns (FC United) committed to Iowa for the class of 2016.

Defender Katherine Taylor (FC United) committed to Carnegie Mellon for the class of 2015.

Forward Megan Kikosicki (FC United)committed to New Hampshire for the class of 2016.

Defender Madison Barnett (Heat FC) committed to Humboldt State for the class of 2015.