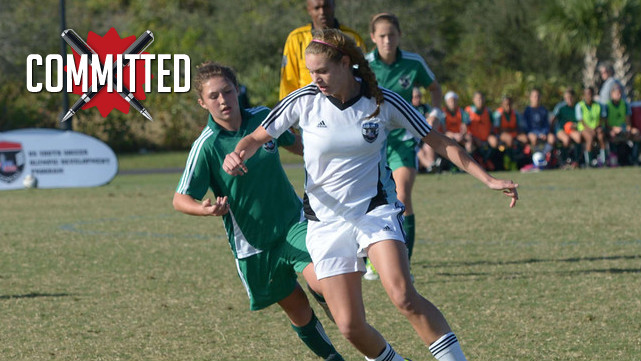 Academically, there was plenty that drew Sarah Segan to pick one of the best programs the Colonial Athletic Association has to offer. 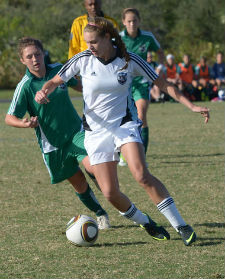 “I chose William & Mary for several reasons,” she told TopDrawerSoccer.com. “William & Mary is one of the top academic schools in the country.  I am focusing on attending graduate school in the medical field.  William & Mary graduates are prepared to succeed in medical school. The 12:1 faculty to student ratio, the opportunity for undergraduate research, the history of the school and beauty of the campus made it an easy decision.

“When I made a second visit to confirm this decision, every student I spoke with talked highly of the school and their campus experience. I quickly got the impression that the students were in this together to help each other succeed.”

And while the academic side of things was an obvious major factor, there was also a lot that excited her about the soccer program, which is a contender most years in a competitive CAA conference.

“Coach John Daly played a key role in bringing me to William & Mary,” she said. “He has built a soccer program that competes with any team in the nation. His record and reputation are unmatched in my perspective. He has won over 300 games in NCAA Division I soccer and has coached several All-Americans. The field, named after Coach Daly and former men’s coach Al Albert, is a spectacular Bermuda grass field that I can’t wait to play on. I am confident he will bring my game to its highest potential. I look forward to having great success in the classroom and on the field.”

A native of West Virginia, it’s little surprise to see a player like Hannah Abraham jump at the chance to play at the state’s most prominent soccer program.

“I’ve grown up on campus and have always been surrounded by the women’s soccer program, the coaches and players,” she told TopDrawerSoccer.com. “I’ve always looked up to the players and It has just always been a dream of mine to be one of them.”

Head coach Nikki Izzo-Brown has done a great job with the Mountaineers, punctuated with an undefeated record in its first-ever season in the Big 12. Abraham certainly looks forward to joining the environment Izzo-Brown has created.

“One of my favorite things about the soccer program is the close-knit family environment Izzo creates for her players,” she said. “The coaching staff is phenomenal which means that ill definitely be developing tremendously as a player. WVU is always competing for conference championships, which is surely something I would love to accomplish.”

According to Elizabeth Griffith, a few major reasons drew her to make a commitment to an in-state program like Washington State.

“First was the campus. I love that it is a college town and the community is all about WSU,” she said. “I also like the coaches and program that WSU provides. WSU is also far enough away where I feel like I’m away, but close enough to home so if I wanted to I could go home easily. I was drawn to the Cougar program because of the coaches, their style of play, and I am excited to play in the Pac 12. The recent success is just an added bonus, I still would have gone to WSU if they lost every game.”

Forward Nicole Petocchi (Revolution Empire) committed to Radford for the class of 2014.

Midfielder Amy Alexander (Real Colorado) committed to Colorado for the class of 2015.

Goalkeeper Abigail Coffey (CASL) committed to Charlotte for the class of 2015.

Midfielder Kylie Hohlt (Carmel United) committed to Xavier for the class of 2015.

Midfielder Elizabeth Parrilli (Midwest United) committed to DePaul for the class of 2015.

Goalkeeper Kelsey Dossey (Zionsville SC) committed to Missouri for the class of 2015.