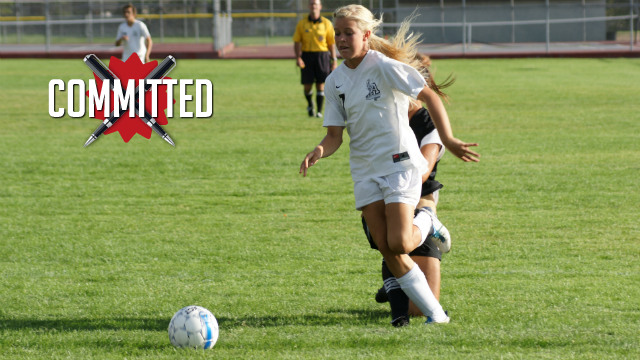 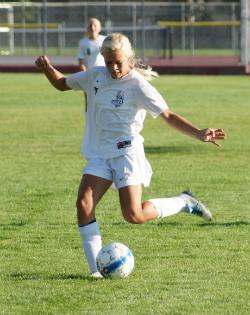 A lot of what the college search comes down to is finding the ideal blend of school and soccer. That’s what made Northwestern the right fit for midfielder Aspyn Repp.

“The challenge for me was to find a school that had the right balance between excellence in academics and commitment to athletics and Northwestern met both of those,” she told TopDrawerSoccer.com. “It already has outstanding academics and President Shapiro has a great vision for building on that while creating truly competitive athletic programs. It is also close to home, which was an important factor for me, as I want to remain involved in my siblings lives and want my parents to be able to see more than a few games a year.”

The coaching staff really drew Repp to the soccer program, as she came to take a strong liking to them during the recruiting process.

“Coaches [Michael] Moynihan, [David] Nikolic and [Shannon] Neely have a winning history and are also really good people,” she explained. “I don’t think the transition to them as coaches will be too difficult, as they like to play a possession based game, which is similar to the way Eclipse plays.”

With quality players like Hannah Davison, Jennifer Haskel, Marisa Viggiano, and Kayla Sharples already committed for 2015, Repp knows that she’ll be joining a team that can compete for Big Ten titles.

“I’m also really excited to play with my future teammates,” she said. “We have a really strong recruiting class, and it does help that I get to continue playing with some of my current teammates. I truly believe it is an up and coming program, and I’m excited to be a part of Coach Moynihan’s legacy at Northwestern.”

When it came down to it, Bayley Bruner simply found too many things she liked about Oregon.

“The academic support for the student-athletes and the resources that are available were key factors,” she told TopDrawerSoccer.com. “I was also impressed with the University of Oregon facilities – Papé Field and training facilities. I could really see myself as a college student on this beautiful campus. The final factor in my decision was the coaching staff. I really made a strong connection with Coach [Kat] Mertz, Coach [Hideki] Nakada, and Coach [Christie] Welsh.”

An optimistic view about the team’s future chances in a difficult conference was another appealing aspect of the choice.

“The excitement around Oregon Athletics is at an all-time high and the Pac-12 is one of the top women's soccer conference in the country,” Bruner said. “Coach Mertz is building the soccer program and I want to be a part of that.”

A midfielder who likes to make things happen in the attacking third, Vermont had everything that Keile Kropf was looking for in a school.

“I love the mountain campus and atmosphere, and the soccer program seems like a great fit for me,” she told TopDrawerSoccer.com. “The size, location, academic excellence and soccer program were the biggest factors in my decision.”

With regards to the soccer program, Kropf liked its commitment to hard work and dedication on the field, along with a style that won’t be too hard for her to adapt to.

“From what I can tell, they play a similar style of soccer as my team, and I think that will be to my benefit,” she said. “The team and staff came across as such a tight-knit family, and that is a sort of environment where I like to be and where I think I can succeed. Both Kristi [Lefebvre] and Jason [Russell] are awesome coaches and people, and it will be an honor to play for such committed and nice coaches.”

Forward Hanna Johnson (Zionsville SC) committed to Indiana for the class of 2015.

Defender Haleigh Guerra (Internationals SC) committed to Texas for the class of 2015.

Goalkeeper Brielle Preece (Pleasanton Rage) committed to Pepperdine for the class of 2014.

Forward Garrett Barnes (Capital City Streaks) committed to Davidson for the class of 2014.

Defender Brittany Champagne (Connecticut FC) committed to Dartmouth for the class of 2014.

Midfielder Natalie Vuvic (Crossfire Premier SC) committed to Utah for the class of 2014.

Goalkeeper Audrey Sanderson (Birmingham United SA) committed to VCU for the class of 2014.