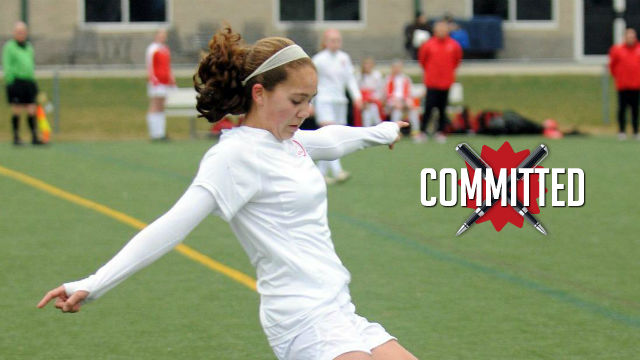 During each of her ECNL matches, Emily Sands can end up playing a variety of positions on the field – sometimes two or three per game.

Able to play a central defensive role, any spot in the midfield, and sometimes even up front, the sway of local school Penn was something she couldn’t turn down. 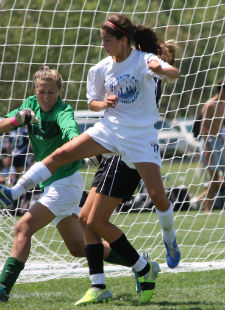 “I can't say no to an Ivy League education,” Sands told TopDrawerSoccer.com, “also Darren Ambrose and coaching staff. When they told me that they had been watching me play since 8th grade, I knew they were really interested.”

Dreams of playing in an ACC school danced in her head, but when Penn crept on to her radar, the program’s high-level combined with unique traditions continued to draw her in.

“[It’s] competitive soccer at a school with 100 year old Ivy sports rivalries,” Sands said. “[They have a] mentor program with women's soccer alumni.”

Sands also liked the school’s awesome engineering and a city campus. She’s the third verbal commitment to Penn for 2016.

An unofficial visit convinced Katia Novi, a top recruit from the Chicagoland area, that SMU was the right place for her to continue her soccer-playing career.

“I decided to commit to SMU because it has both the academic edge and athletic component that I was looking for in a university,” Novi told TopDrawerSoccer.com. “It’s a place where athletes are also scholars. Playing for head coach Chris Petrucelli, coach Nicolle Nelson, and Matt Cosgriff will be an honor. They embrace my technical and creative style of play, and without hesitation recognize my ambitious nature and comfort on the ball.”

A sophomore at Loyola Academy, Novi sought a smaller, private school setting to play college soccer. She saw a strong tie between the students, professors and alumni network that appealed to her.

“There is a great sense of pride and energy at SMU that binds each student to one another,” Novi said. “I instantly felt comfortable at SMU and can’t wait for the wonderful opportunity to be one of their impact players in 2017.”

Along with her eagerness to make a strong impression on the soccer field, academic options propelled her towards the Dallas school.

“The dynamic SMU Cox School of Business is located in the heart of Dallas and its superb reputation speaks for itself,” she said. “It’s a fast-paced and exciting university that is ranked nationally and internationally. I am just as ambitious with my education as on the ball and they are dedicated to helping their students become strong leaders and establish successful careers.”

Forward Aerial Chavarin (MVLA) committed to Yale for the class of 2016.

Goalkeeper Sean Sinko (PDA) committed to Michigan for the class of 2016.

Forward Brittany LaPlant (Capital SC) committed to Rutgers for the class of 2016.