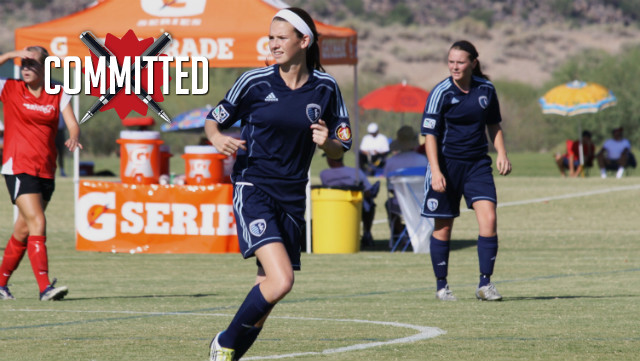 Megan Massey, who explained her recruiting search last year, did her homework during the process. 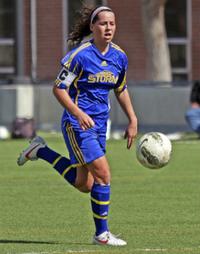 And that led her to make a commitment to Tennessee.

“I made it a point to try and visit a wide variety of schools to really understand what each had to offer in terms of a college experience,” she told TopDrawerSoccer.com. “I knew I wanted to attend a school in a major conference and the atmosphere in the SEC has just been incredible.”

Along with the team’s performance on the field, Massey was impressed by having the chance to see a game during last fall’s season, and hopes to make big things happen when she gets to her new school.

“I had the opportunity to attend a Lady Vols soccer game and the energy there was awesome and you can't help getting excited about the fans and the entire community who get behind the team,” she said. “Also, when I spent time with the coaches and players, I knew that this would be the best place to help me develop to get to the next level in my soccer career and hopefully get the opportunity to compete at the international level. The program has a strong tradition of players who have competed on that stage and I want to continue that tradition.”

When discussing Oregon, the first thing that comes to mind is the athletic facilities that is helped out by the close proximity of Nike up in the Pacific Northwest.

And while that stood out to Brooke Tasker, it was far from the only thing that drew her to make a commitment to Oregon.

“There are so many more little things that caught my attention,” she told TopDrawerSoccer.com. “I am very lucky I get to go to such a great university, but the environment and soccer program sold it for me. The coaching staff is fantastic and being able to go in and help make a change in the program is exciting and I’m ready.”

Tasker is one of the first recruits secured by Kat Mertz, who took over as the new Oregon coach in December 2012. The Colorado native likes the ambition shown by Mertz and her new staff.

“I believe they can take my game to the next level and push me to be the best,” Tasker said of the coaches. “The greatest feeling is going to a school knowing everyone on the team is ready to change the Oregon women’s soccer team in a positive way and being able to be apart of it.”

The school’s setting was also a draw.

“I was impressed with the town itself and the people there were so nice,” Tasker said. “The campus was a perfect size for me. The academic support they have is amazing and really caught my attention because its nice knowing they are going to help you as much as they can not only athletically but academically.”

It didn’t seem like it was a very difficult decision for Cecelia Kizer to make her commitment to Ole Miss.

“It has everything I want in a university,” she told TopDrawerSoccer.com. “I want to play high-level competition that the SEC has to offer and the coaches made me feel like I was a part of the family.”

She always saw a lot of things about the team on the field that looked like it would be a good fit, while also sensing something optimistic about the future.

“Their style fits my style of possession and build up from the back and I believe Coach [Matthew] Mott is building a great program that I want to be a part of,” Kizer said.

Defender Jordan Fleming (Heat FC) committed to Oregon for the class of 2014.

Defender Jacqueline Kim (Virginia Rush) committed to VCU for the class of 2013.

Forward Alana Hockenhull (Orlando City) committed to Clemson for the class of 2015.

Defender Molly Gradl (Central Florida Krush) committed to Elon for the class of 2014.

Midfielder Katherine Weiss (Boca United) committed to Rollins for the class of  2014.

Midfielder Taylor Coley (Weston FC) committed to Indiana for the class of 2014.

Forward Sarah Yoss (AFC Lightning – Georgia) committed to Presbyterian for the class of 2014.

Forward Shaina Ashouri (Real Colorado) committed to Pittsburgh for the class of 2014.

Defender Logan Cox (Washington Premier FC) committed to Vanderbilt for the class of 2014.

Forward Jessica Dancy (Black Diamond SC) committed to Denver for the class of 2014.

Forward Alison Price (Charlotte Soccer Academy) committed to Louisville for the class of 2014.