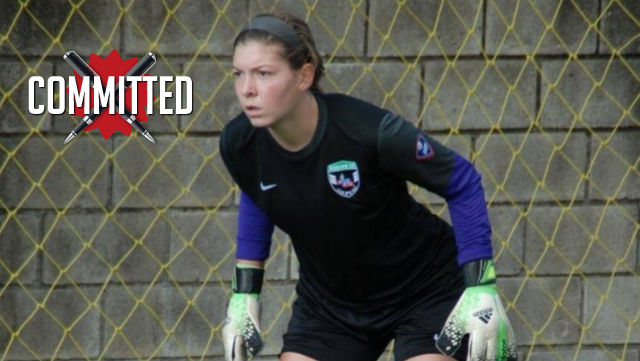 Like so many other recruits, Jessica Harvey had a small list of important criteria that she was looking to fill during her college search.

She found exactly what she was looking for, committing to be a Bulldog in 2016.

“I committed to Georgia because when I visited for the first time, I had a feeling in my gut that this was the school for me,” Harvey told TopDrawerSoccer.com. “During my recruiting process, a few of my top priorities were to be in the SEC, and to be in close vicinity to home. With Georgia being in the SEC and only about a five-hour drive from home, it was almost too good to be true.” 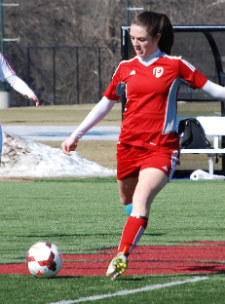 Harvey came away extremely impressed by the soccer team, both one the field and in the locker room, helping to seal the deal.

“I really loved the family atmosphere that the team and the coaching staff portrayed,” she said. “Coach Steve Holeman and his staff were so welcoming and made me feel like I was already part of the family. The Georgia soccer stadium and facilities were too amazing to pass up. The local support is incredible. I look forward to playing in front of the home crowds, which is one of the largest crowds in the SEC.”

A defender from a quality club in Pennsylvania, Devan Obendorfer was able to lean on the experiences of her siblings when it came time to pick the right college.

Advice from her sister – who plays lacrosse at Ohio State – specifically shaped what she was looking for during campus visits, and when she stopped by Cleveland State, something clicked, and she was swept away the school and soccer team.

“I was very impressed with the newly renovated urban campus,” she told TopDrawerSoccer.com. “There were so many new buildings, modern classrooms and state of the art technology. I plan on majoring in one of the Health Sciences fields and I love the fact that I would get hands on experience at Cleveland Clinic, one of the countries top hospitals.

“After the tour, I was able to meet head Coach Sonia and some of the girls while they practiced. I can't even explain how welcome everyone made me feel. That pretty much solidified in my mind that I really wanted to go to this school. I really like Coach Sonia's mission to continue to build upon a successful soccer program and take it to the next level. I really want to be a key contributor and part of that mission and goal.”

From her interaction with the team, she also got a strong sense that the school does a good job helping its student-athletes achieve success in the classroom.

“I heard from both coaches and many girls that CSU women's soccer has a huge support system from the athletic academic advisor, Winnie Lane,” Obendorfer said. “Many of the girls talked so highly of Winnie and how she supports their academic goals along with Coach Sonia and Coach Dallas. This type of environment is perfect for me as student athlete. I am more than thrilled to commit to Cleveland State.”

Defender Katie McCoy-Papendick (United German Hungarians) committed to Temple for the class of 2015.

Defender Mackenzie Kober (Farmingdale SC) committed to William & Mary for the class of 2015.

Goalkeeper Katelyn Carter (Albion SC) committed to Oregon for the class of 2016.

Midfielder Emily Ogle (Internationals SC) committed to Penn State for the class of 2014.