A rising power in the women’s game, Penn State’s 2014 recruiting class got a nice shot in the arm recently when Katy Keen verbally committed to compete as a Nittany Lion.

The school and campus had a very strong allure.

“When you walk onto campus you feel like part of the Penn State family right away,” Keen told TopDrawerSoccer.com. “Their support for student athletes is second to none.  All along, I was looking for a great fit, and I definitely felt at home when visiting Penn State.” 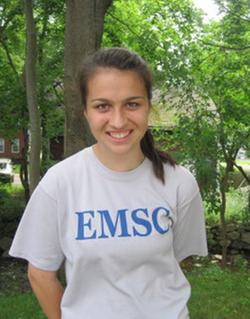 And not surprisingly, Keen really liked the concept of getting to play under Erica Walsh, one of the most prominent coaches in the women’s game.

“Penn State has a history of success and the team sets a very high bar on an everyday basis,” Keen said. “It is exciting to have the opportunity to play with the top players in the country, and to be coached by Erica Walsh.

“She and the entire coaching staff have developed such an incredible atmosphere, and I can't wait to play for Penn State, and be a part of such a great team.”

A desired career path Amy Brewer’s decision to verbally commit to play soccer at UAB in 2014.

“I plan to major in nursing and UAB has one of the top nursing schools in nation,” she told TopDrawerSoccer.com. “Birmingham has 5 hospitals that are all within walking distance from campus – that was a big part in my decision.”

Of course, the soccer team had a strong lure as well, as Brewer really enjoyed the way the team played.

“I love their style of play, much like my club team, they possess the ball, move up the field as a unit to score,” she said.

Several things stood out to Lexi Hijazi about playing DIII soccer at Johns Hopkins, but in truth, it’s been a dream of hers for quite some time to head to the Baltimore school.

“I decided to commit to Johns Hopkins because of the strong medical program available,” Hijazi told TopDrawerSoccer.com. “Hopkins provided the perfect balance of soccer but also will allow me to focus on my education. I fell in love with the school when I first visited it my freshman year, and it was actually the first school I ever visited when I was down in Maryland for a tournament.”

A goalkeeper who plays with real intensity, like other recruits, Hijazi weighed up several factors when thinking about playing at the collegiate level.

The flexibility of a program like Johns Hopkins affords other opportunities outside of the sport.

“Since division III only plays during one season, it also permits me to explore the abroad programs offered by Johns Hopkins which was a really important deciding factor,” she said. “The girls were also amazing and seemed like such a welcoming group that I could see myself playing with for four years.”