The Buckeyes went west to find a building block for the future of the program. Heat FC defender Jordan Fleming verbally committed to join the 2014 Ohio State recruiting class earlier this month.

The defender was featured in April in the Recruiting Insider where she discussed what she was looking for in a dream school. She found the school that fit all of her requirements in Ohio State.

“Outside the academic excellence and Alumni network OSU has, I was really impressed with the athletic facilities and campus environment at OSU,” Fleming told TopDrawerSoccer.com. “I really liked the team dynamic and commitment to winning that coach Lori Walker and her coaching staff have developed while at OSU. The girls on the team were very welcoming and I really enjoyed the time I spent with them.”

The recruiting road hasn’t been easy for Alani Johnson, but the attacker finally found what she was looking for in Virginia Tech. 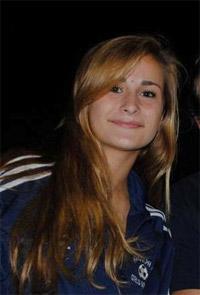 “I am so excited to have found a school that I absolutely love everything about,” she told TopDrawerSoccer.com. “I never really thought I would have that ‘aww’ moment, but once I stepped on campus that's exactly what I felt. Everything from the atmosphere, to the student body supporting the athletic programs, it was so electric on and off campus.”

Head coach Chugger Adair and the rest of the coaches also strongly factored in her decision to commit to the ACC rising power.

“I felt the coaching staff really cared about me while visiting and they were so engaging,” she said. “They also have a large alumni base and it seems everywhere I go I run into a former Hokie, so the academics is also very important.”

A versatile player, Delaney Sheehan was the 2012 Gatorade Player of the Year in Louisiana and is a definite below-the-radar talent heading to Furman in the fall of 2013.

Her visit to the South Carolina school helped tipped the balances in favor of the Paladins.

“I decided to commit to Furman because of the way I felt when I was there,” she told TopDrawerSoccer.com. “Everything just seemed to fit. I knew it was where I was supposed to be.”

She also felt a good vibe from the school’s soccer team.

“The soccer program was very appealing because of the strength of the team as well as the chemistry of the players and the great coaching staff,” she said.

It’s going to be a swap of New Jersey for South Carolina in 2014 for Anna Conklin, a central midfielder at PDA.

The praise of her peers helped her make the decision to head south.

“South Carolina was the perfect fit for me,” she told TopDrawerSoccer.com. “I would hear things from other players who committed who say they fell in love the moment they stepped on their campus. Even though it sounds cliché to say the exact same thing, but I finally got that feeling. I knew South Carolina was meant for me.”

The southern hospitality of the school certainly didn’t hurt either.

“I love the campus, the location of the school, and the how friendly everybody was,” she said. “I felt the education and the programs they offered were exactly what I was looking for.”

Brianna Hooks (Crossfire Premier) is heading to Colorado with the class of 2013.