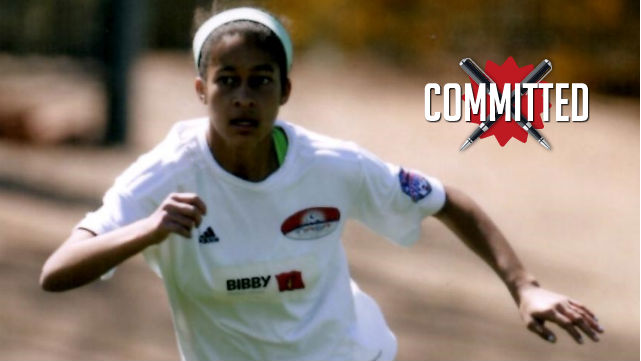 A defender who can play either centrally or on the outside of the back line, Bailey Peacock prefers to get forward and join the attack from a wing back spot. 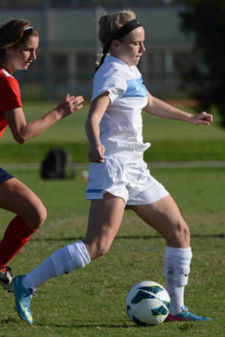 Alabama stood out to her as having the ideal mix of school and soccer.

“I knew when I visited the school that it’s the place where I want to be in a few years,” Peacock told TopDrawerSoccer.com. “Also, there are graduates and current students of the University of Alabama on both sides of my family. My older brother, Bryndon, will be attending school there in the fall. So, I like the fact that I'll be upholding the family tradition.”

Attending the same school as a sibling is an obvious plus, though during her research Peacock also saw plenty of opportunities within the school’s soccer team.

“What I love most about the University of Alabama's soccer program is its style of play, which emphasizes possession and athleticism," she said. “Alabama has world-class facilities, training staff, as well as, soccer coaches who are not only great coaches but people too. The team continues to improve year by year and I can't wait to be a part of it.”

A competitor on and off the field, Peack also saw a diverse array of possible academic paths, another draw since she’s unsure of the avenue she’d like to pursue.

“This is really important to me because I am not sure yet what I plan to major in,” she said. “In addition, Alabama has a really beautiful campus and I look forward to spending time there when I'm in college.”

Peacock is the second commitment to Alabama for the 2016 recruiting class.

A leader looking to make an impact from day one at her future school, Mackenzie Kober’s competitive nature has been shaped by growing up with two older brothers.

She is eager to take that spirit to William & Mary, the school with the right blend of a DI soccer team and classroom opportunities.

“William & Mary was the best fit for me for both soccer and academics,” Kober told TopDrawerSoccer.com. “I also want to attend the top ranked Mason School of Business at William and Mary. I am hoping to major in Marketing and William and Mary's marketing program is ranked No. 1 in the country.”

The experience of the program’s head coach was another significant factor.

“Coach John Daly is the main reason I chose William and Mary,” she said. “It will be an honor to play for one of the best coaches in the country. [He] is an amazing coach that is knowledgeable, personable and he really cares about his players both past and present.”

Kober also liked the school’s size, and the 12-to-1 student-to-faculty ratio, and how the academics can help set her up for success.

“I like all of the great traditions and the impressive history of the school. William and Mary has incredible academics and I know I will get a great education there,” Kober said.

Kober is the second reported verbal commitment for 2015.

Forward Mallory Pugh (Real Colorado) committed to UCLA for the class of 2016.

Defender Kristin Barbour (Colorado Storm) committed to Villanova for the class of 2016.

Goalkeeper Lauren Mercuri (Washington Premier) committed to Central Arkansas for the class of 2015.

Forward Emele Chaddock (Crossfire Premier) committed to Washington State for the class of 2016.

Forward Lauren Garcia (SoccerPlus Elite) committed to Seton Hall for the class of 2015.

Defender Emma Contino (Pride Predators) committed to North Dakota for the class of 2015.

Goalkeeper Mikayla Krzeczowski (Concorde Fire) committed to South Carolina for the class of 2016.

Midfielder Grace Kitts (Sporting Blue Valley) committed to Missouri for the class of 2016.