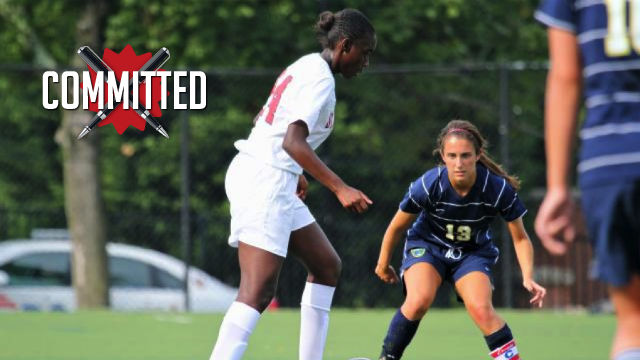 Another big time Texas talent is heading to Austin.

Emily Strouphauer, a creative center midfielder for her Lonestar SC ECNL squad, took a liking to what the school offered on and off the field.

“Along with strong athletics, the University of Texas is an amazing school academically,” Strouphauer told TopDrawerSoccer.com. “When it came down to making my decision, Texas stood out because of its perfect balance between the two. I knew that by committing to UT, I wouldn't have to compromise my soccer experience for my education, or the other way around.” 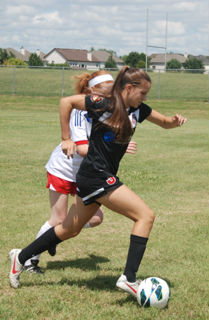 “The soccer program is appealing to me because the coaches are extremely dedicated to their players and the success of the team,” she said. “Additionally, Coach [Angela Kelly] has won National Championships as player and several other awards as a coach, so I know she will help me reach my full potential as a player throughout my collegiate career.”

Strouphauer, who is an Austin native, hadn’t seen the campus in depth until her unofficial visit. The experience was another significant step in her commitment.

“My expectations for the school were blown away as I walked through the university,” she said. “Every person I talked to, including the staff and current players, were friendly and sincere. When I attend the University of Texas, I will be surrounded by quality people that want to see me succeed just as much as I do.”

She is the second verbal commitment to Texas for the class of 2017.

Hitting it off with the coaching staff helped grease the wheels for Gabrielle Rouse’s college commitment to a strong ACC program.

“The relationship I developed with [the coaching staff] and it doesn’t hurt that Boston College is one of the top academic institutions and one of the best soccer programs in the ACC and the country,” Rouse told TopDrawerSoccer.com.

Specifically, Rouse liked the emphasis on development head coach Alison Foley and the rest of the staff places on their roster.

“They are committed to giving their players tools to be good, better and even great, from positive motivation to explaining tactics during training sessions,” Rouse said. “They even use analytics to measure individual players growth in speed, strength, quickness throughout the season.”

Heading north to Boston and the backdrop there didn’t hurt either.

“I liked the mixture of the old world architecture of the buildings and the esteem history of the Boston College and the new academic programs like ‘The American Studies’ with a concentration in journalism,” Rouse said.

Rouse is the seventh verbal commitment to BC’s 2015 recruiting crop.

Eclipse Select has sent its share of quality talent to the Division I ranks over the past few years, and the list is set to grow, as outside back Tatumn Milazzo will join South Carolina in 2016.

Her thorough research of potential college destination ultimately led her to one conclusion.

“I went to a couple of different schools this past winter and spring, “Milazzo told TopDrawerSoccer.com. “While all of them had great things to offer, I felt South Carolina had everything I was looking for.  Making this decision at a young age can be overwhelming, but also very exciting!. I was so grateful for the opportunity to check out different school across the country, but when I got to South Carolina it seemed like the perfect fit.  After talking to my family and my coaches I knew I was making the right decision.”

An outside back who thrives on bombing up and down the sideline, getting the opportunity to see the challenges of the program up close helped seal the deal.

“When I got there we were able to watch a practice, and I liked the intensity I saw,” Milazzo explained. “I am used to a very competitive environment and South Carolina will provide that.  They are doing great things with their soccer program and I am really excited to be a part of it. The coaches are great, and the team seems like a family.”

The Illinois native is the second verbal commitment to South Carolina’s 2016 recruiting class.

Midfielder Aimee Thorstensen (Colorado Storm) committed to Colorado State for the class of 2016.

Goalkeeper Danielle Greenlee (Dallas Sting) committed to Oklahoma State for the class of 2016.

Goalkeeper Caroline Jeffers (Florida Kraze/Krush) committed to East Carolina for the class of 2015.

Midfielder Alyssa Baumbick (Internationals SC) committed to Maryland for the class of 2016.

Defender Hannah Natanson (McLean Youth Soccer) committed to Harvard for the class of 2015.