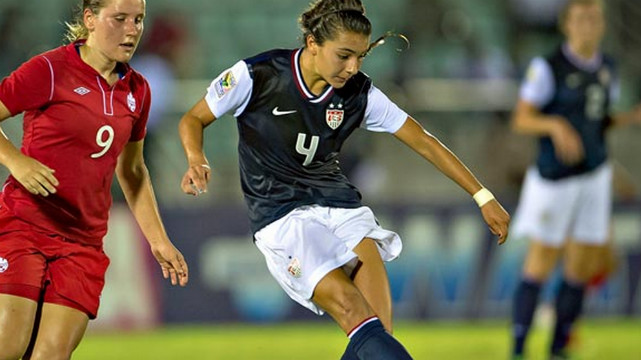 A fixture for the U.S. U17 women’s national team over the past year plus, Marley Canales recently settled on where she wanted to continue her playing career. 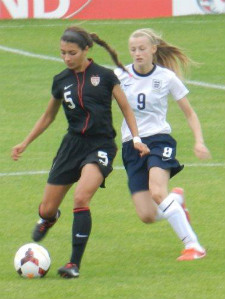 A passionate player who tries to improve her game on a daily basis, Canales didn’t look to far from home to join one of the premier women’s soccer programs in the nation.

“Growing up in Southern California, I decided to commit to UCLA because I am close to my family and I loved the family like environment provided by coach Amanda Cromwell, along with the whole UCLA coaching staff,” she told TopDrawerSoccer.com. “I also love the history of UCLA and the legacy many athletes have left behind. It made me more passionate about the school and I hope to follow in their footsteps.”

“Coach Amanda Cromwell, Louise Lieberman, and Joshua Walters, have all worked very hard to build a winning program and I am very excited to be apart of the Bruin Family,” Canales said. “With Coach Amanda's experience with the National Team and commitment to developing the best team atmosphere, it left me with no doubt that UCLA was the best choice for me.”

Last but not least, the SoCal institution offered Canales the chance to excel at not just soccer, but also school.

“At UCLA I found the opportunity to get a great education and play the sport I love,” she said. “While visiting UCLA, the surrounding area of Westwood, really caught my eye and I could picture myself living there.”

A tough, defensive-minded player who is good in the air, Emily Whitcomb’s recruiting search ended with a clear winner.

“I committed to Belmont because of all the schools I visited, Belmont offered everything I was looking for in a University,” she told TopDrawerSoccer.com. “Strong academics, strong soccer program, and Nashville is a great location. Belmont’s campus is beautiful and I was there in the winter.”

The soccer program in particular caught her eye because of its possession style, which reminded Whitcomb of her Eclipse Select side. That was just the tip of the iceberg, however.

“I really felt comfortable talking to coach [Heather] Henson and coach [Travis] Fravel,” she said. “I was able to have a serious discussion about soccer and then laugh about my club team’s cheering abilities. My unofficial visit with girls on the team was a lot of fun and I could see myself fitting right in.”

Midfielder Gabriella Carreiro (FC Stars of Massachusetts) changed her commitment to Boston College for the class of 2015.

Defender Jennifer Munoz (So Cal Blues) committed to New Mexico for the class of 2015.

Forward Gianna Romano (Albertson SC) committed to Adelphi for the class of 2015.

Forward Lisa Caprara (PDA) committed to Central Connecticut for the class of 2015.

Midfielder Erika Villalpando committed to Delta State for the class of 2014.

Goalkeeper Sarah L'Hommedieu (OP Eagles) committed to Indiana for the class of 2016.

Forward Kristen McFarland (OP Eagles) committed to Florida State for the class of 2016.

Forward Taylor Cobb (Dallas Sting) committed to Air Force for the class of 2015.

Midfielder Olivia Erlbeck (San Diego Surf) changed her commitment to Stanford for the class of 2016.