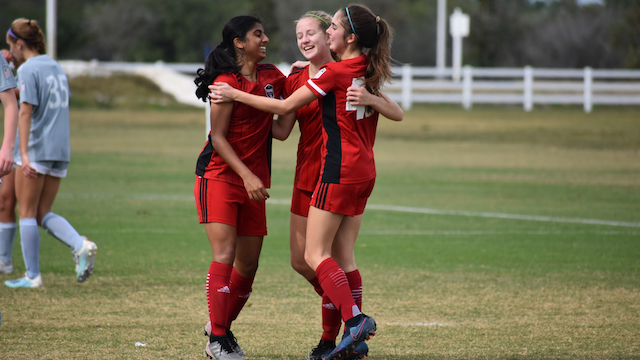 San Diego Surf stole the show at the 2019 Girls Development Academy Winter Cup. The Southern California club was the only club to advance their team from each of the four age groups. Surf will send a team in the U18/19, U17, U16, and U15 to the Spring Cup with hope of bringing home some trophies from the DA Cup.

Solar Soccer Club (Texas) was close to pulling off a similar feat, but San Jose Earthquakes upset Solar in the U17 age group and prevented the club from sending all four teams into the next round.

Take a look below at all of the teams advancing from the Winter Cup Championship Groups. TopDrawerSoccer also highlights some of the top performers from the games below. If you would like to recommend a player for the standouts list, please email rankings@topdrawersoccer.com.