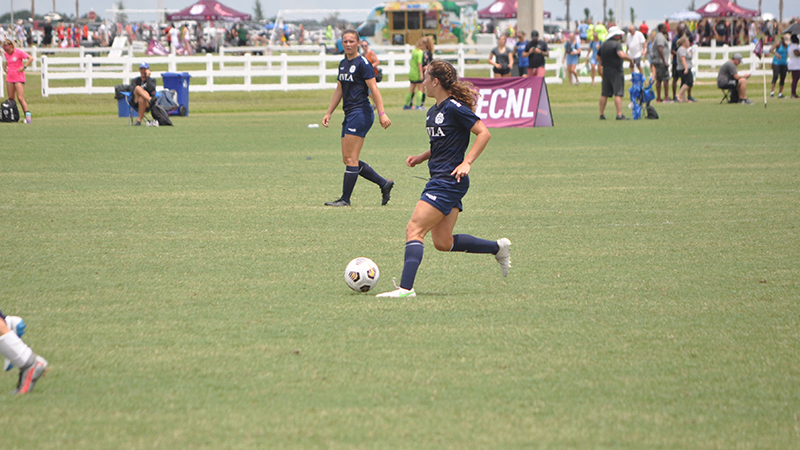 The ECNL Girls is excited to announce the 2020-21 All-America Teams for the U15-19 age groups, capping off one of the most successful seasons in league history. In addition to the All-America Teams, the ECNL Girls is also announcing Anisten Cabantac (U15 KC Athletics), Maribel Flores (U16 LAFC Slammers), Allison Montoya (U17 MVLA), and Korbin Albert (U18/19 Eclipse Select SC) as the league’s overall Players of the Year for the 2020-21 campaign at their respective age groups.

“Congratulations to each and every athlete named as an All-American today, and a special congratulations to Anisten, Maribel, Allison and Korbin for being named the ECNL Girls’ Players of the Year at their age groups,” said ECNL Girls Commissioner Jen Winnagle. “These accomplishments are a culmination of hard work, dedication and excellence throughout the year. We are excited to recognize and honor these players for their accomplishments, along with the coaches, teammates, parents and many others who helped them reach this achievement.”

The All-America Team for each age group consists of 15 players, representing every ECNL Girls conference. These players were selected through a recommendation and voting process that involved representatives from every member club in each of the ECNL Girls’ nine conferences.

The players selected for the ECNL All-America Teams and Players of the Year are listed below.

U15 Player of the Year: Anisten Cabantac (KC Athletics)

U16 Player of the Year: Maribel Flores (LAFC Slammers)

U17 Player of the Year: Allison Montoya (MVLA)

U18/19 Player of the Year: Korbin Albert (Eclipse Select SC)

Congratulations to these selected athletes on their impressive achievements throughout the 2020-2021 season. This exclusive list of exceptional players exemplifies the elite athletes of this league and continues to push the game forward and elevate the standards across the board.