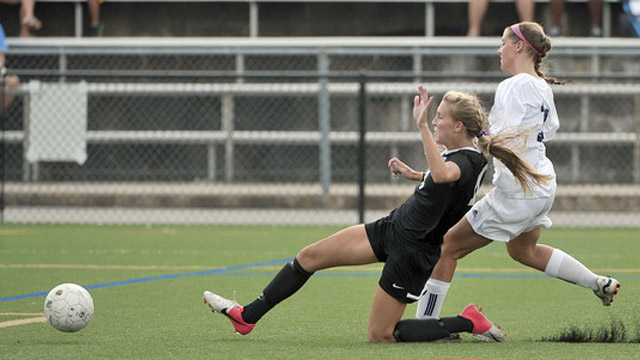 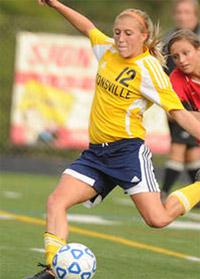 Friday’s featured battle at Jefferson Cup, one of the top youth club soccer tournaments in the United States, showcased a pair of highly ranked squads. PSC Baltimore U16 (Maryland) came out on top in a tight battle with Twin County SA Real Magic (New Jersey).

PSC Baltimore used a goal from Jennifer Nonn to knock off the visitors from the Shore 1-0.

The Maryland club started the game out strong with multiple chances on net in the opening minutes. Twin County responded with pace on the wings, which was the major weapon for the New Jersey club.

The first goal-scoring opportunity came 15 minutes in when PSC was awarded a free kick just outside the box. Sarah Hulit hit a beautiful shot over the wall but was denied by Twin County’s goalkeeper who got just enough on the ball to push it out for a corner.

Minutes later, PSC Baltimore netted the lone goal of the game thanks to Nonn. Nonn faked a shot with her right foot and cut the ball back to her left where she was able to beat the goalkeeper with a high shot to the near post.

PSC Baltimore kept the attack going as they hit the crossbar twice before halftime.

In the second half, the game really opened up and both teams created opportunities at will. This high paced game was a goalies’ nightmare. Both keepers ended the day with over 10 saves.

PSC Baltimore and U.S. U17 Women’s National Team forward Bridgette Andrzejewski killed off the game by holding onto possession in the final third late in the contest. Andrzejewski is the team’s only freshman and has a bright future ahead of her.

In other U-16 Championship division games, Matchfit Chealsea (NJ) proved to many in attendance why they are a power house in Region 1 winning their game 4-0 over FC Stars of Massachusetts Athletic.