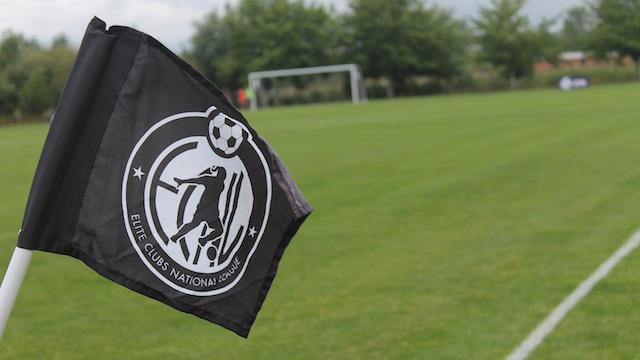 REDMOND, Washington — Time was sliding away from the McLean U18s. Just minutes remained in its opener at the ECNL U18 Finals against D’Feeters, and McLean was a goal down and facing the unenviable position of opening group play with a loss. Not a definitive death sentence, but not encouraging for their national title prospects, either.

The flurry began inconspicuously. Forward Laila Gray skipped underneath a sleepy long ball and through two defenders before bursting into open space. With two minutes left in regulation, Gray poked home the tying goal to stun Texas side D’Feeters, which had been in control for much of the game.

Moments later, as the clock ticked over into added time, Gray popped up again. She crashed through the right side and sent in a cross that found Julia Suarez’s foot and then the back of the net. It was the last kick of the game, and it handed McLean an all-important three points in arguably the deepest group in the U18 national finals. D’Feeters, meanwhile, will have to play its remaining two group games from its back.

McLean still has to deal with PDA and So Cal Blues in order to progress to this weekend’s knockout round, but this was some way to start the nation’s biggest girls club stage.

“This is the top stage, and every point counts,” McLean coach Brent Leiba said. “In my opinion I think this is the Group of Death, if we’re using World Cup terms. All 16 teams are quality, but our group is really tough, and to get a result against a quality team like that, it’s a great step to the journey of winning that national championship.”

The nation’s top girls club squads converged on Redmond for the first day of the ECNL postseason Tuesday. The U14s and U18s got started with their national finals setups, and the U15-U17 groups will join the action on Thursday with its general playoffs. The morning was damp and cool, and a low shelf of cloud cover hung over the sprawling Sixty Acre Park for most all of the games. The lush and slightly slick playing surface made Tuesday’s opening games play fast, and goals were the order of the day.

The Group A opener for McLean and D’Feeters certainly obliged. McLean set up early to counter, and they nabbed their first against the run of play when Gray, a constant cyclone up top, rapped in a cross that Allison Cochran finished for a 1-0 lead about seven minutes into the game. D’Feeters’ response was swift. Hannah Alspach banged in a close-range rebound minutes later to knot the game, and about halfway through the first stanza Brooke Ramsey redirected Alspach’s corner beautifully to give D’Feeters a 2-1 edge.

They held the lead - and the general flow of the game - in the palm of their hand until a late collapse led McLean to the points. PDA topped So Cal Blues in the other group game, meaning Wedneday’s McLean-PDA matchup is suddenly for control of the group. All in a day’s work for a team that revived its national title hopes in the blink of an eye.

“It just gives us that confidence,” Leiba said. “It helps to build that momentum. We’re hoping to make this a long week.”

Group B in the U14 national finals has a legitimate claim as the toughest in the tourney. All four teams dropped just one game in the regular season, and Slammers FC, which had won 15 games entering Seattle, was the group’s low seed. That left them needing to play proactively to give themselves a chance later in the week, and it’s hard to argue against the formula.

Slammers handed World Class FC just its second loss of the season by gunning down the flanks, hammering the overlap and making use of its chances. WCFC controlled more of the possession, but Slammers converted almost every chance it took. As a result, the group’s lowest seed now sits at its head.

“We know we’re one of the bottom seeds in this tournament,” Slammers FC coach Ziad Khoury said. “Also, we came in as the last seed in this group. World Class was one of the top seeds, we still have Hawks, which I think is the favorite to win it all, and Solar is just incredible. Everyone thinks their bracket is the bracket of death, but I genuinely believe this is it. It just tells you the scoring ability.”

Slammers fell back eight minutes in when WCFC creator Sarah Jordan connected on a header, and it almost stayed that way into the half. But Slammers exploded for two goals in the four minutes just before the halftime whistle. Sophia Daisy Gollis curled a left-footed free kick around the wall to tie the game, and Madison Warren’s silky effort from 25 yards gave Slammers a 2-1 edge just seconds before the halftime whistle.

The game resumed its frenetic pace after half. The Slammers wrapped three more goals around WCFC’s final tally off a penalty kick. That included a second free kick goal from Gollis to push Slammers toward the top of the group. It doesn’t get any easier. They next face the Michigan Hawks, who beat Solar Chelsea to set up a showdown for the stranglehold on Group B.