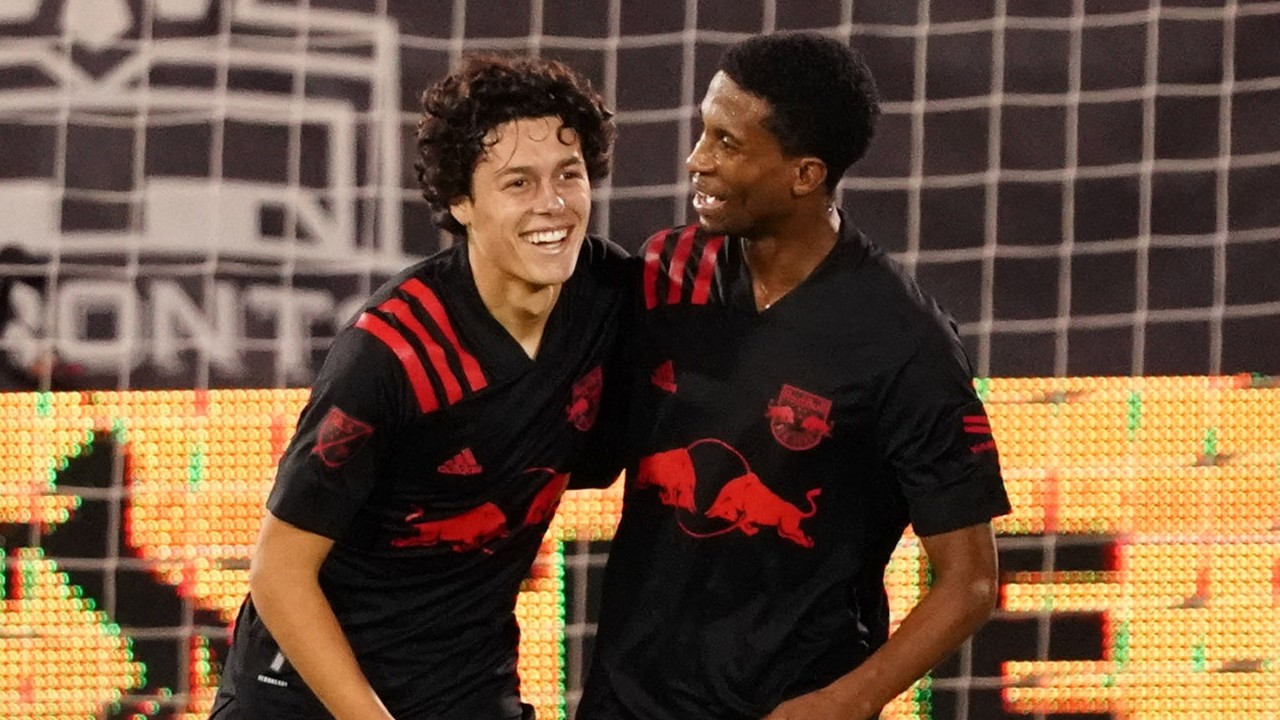 Caden Clark was at it again on Wednesday night.

During the mid-week slate of Major League Soccer games, Clark started on the bench in his second MLS match for the New York Red Bulls.

Called into action with his team trailing by a 1-0 score, the Minnesota native scored his second goal in as many games. This effort was even more impressive than his first one. Watch how he checks his space, receives the ball, turns into space and blasts home the tying goal with his weaker foot.

Clark’s 31 minutes on the field was uneventful aside from that. He attempted just 13 passes and made four challenges. His two-game splash is already starting to earn headlines.

His goal wasn’t the only sensational strike from range that secured a point. Center back Mark McKenzie blasted home the Union’s second goal in a 2-2 draw against D.C. United. The U.S. U20 veteran’s shot received a slight deflection on the way in, but it left Chris Seitz with no chance.

Academy products accounted for both goals for Philadelphia in the game, with Anthony Fontana tallying the second-half opener for the Union. D.C. Homegrown defender Donovan Pines accounted for a mistake on the Fontana goal with a close-range header from a corner kick to tie the game.

Cowell caps off big win for the Earthquakes

The wild, roller coaster season continued for the Earthquakes with a massive win against California rivals LA Galaxy. Homegrown signings Tommy Thompson and Nick Lima got their name on the score sheet (Lima finished with a brace), while JT Marcinkowski’s presence in goal was once again key for the team’s buildup play. Not to mention securing a shutout.

Cade Cowell came off the bench to provide the exclamation point on the result, setting up Lima’s howitzer in the 4-0 win.

.@MLS if we don't win goal of the week out of these four finishes we wanna talk. #BeatLA pic.twitter.com/fX0oNHLnDv

Injuries are starting to hobble LAFC, which fell by a 2-1 score to the Vancouver Whitecaps. The team did field three U.S.-eligible teenagers in the clash, with 16-year-old Christian Torres making his first start in MLS.

While Torres was pulled off at the half, young teammates Erik Duenas and Bryce Duke checked into the game in the second half.

A silver lining of Columbus Crew SC’s disappointing 2-1 loss against was another appearance and solid shift from Aidan Morris. The young central midfielder entered the game from the bench with his team already trailing, providing solidity and a defensive foundation for a team that was looking to press forward and tie the game.

Completing 87% of 30 passes, Morris won five of nine challenges, won two of four tackles and made three interceptions. All this in just 31 minutes on the field, picking up a yellow card in the dying minutes of the defeat.

While the yearly debate on the veracity of the SuperDraft will always persist, another byproduct of the current season is the opportunities that draftees have received.

College veterans generally aren’t the same kind of prospect as Homegrown signings. But there were several appearances by 2020 draftees on Wednesday. Jack Maher made his first MLS start for Nashville SC in a 3-1 win against Houston Dynamo. Ryan Raposo came in off the bench to play 15 minutes for Vancouver Whitecaps. Daryl Dike remained a starter for Orlando City, which drew 1-1 versus New York City FC. Second-round pick Joey DeZart was in Orlando’s starting eleven as well.

Former Stanford star Tanner Beason has now made seven straight starts for the Earthquakes and helped his side blank the Galaxy in the aforementioned match.

The SuperDraft remains a minor roster-building piece in MLS, and while this season’s congested schedule is a factor, it’s not a big surprise to see.