How We Do the Rankings 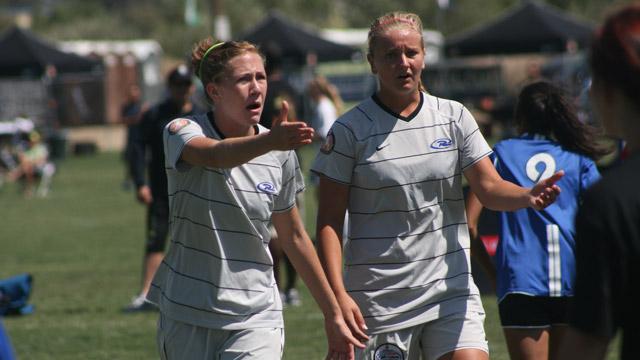 Part 1 in a 3-Part series about our player rankings.

In this article I’m trying to explain our process in determining the player rankings. I should note right from the beginning that this is changing and hopefully getting better even just now. With the new year we will have a schedule where we much more frequently update the regional and national rankings. Each of these will be updated every month and that means right now we are feverishly going over as much information as possible to both fill in a lot of missing information in the younger age groups and also get our best read on the final 2011 lists.

With the early February signing day for 2011 grads, our rankings for that class will end, and we will begin highlighting a new 2013 national list to go with the 2012 national list. Of course we go much younger than that, all the way to 2016 graduates. While we may never have as much info on those younger age groups, it is clear from a walk-by of a typical U13 game at a tournament that interest in these age groups is feverish, so it seems perfectly natural to begin assessing the players.

I should also note that we will no longer take those boys’ players who sign professional contracts off of our lists, as this is becoming a more common experience and the list isn’t specifically a college recruiting list, even though most of the players will end up playing college soccer.

So how do we go about making these rankings? It has to start with knowing who the players are. We get that from any number of sources including your submissions, our own observations (and that of our stringers) at matches we cover, consulting with an informal network of people around the country who show exceptional understanding of and interest in the game and studying countless rosters available online from teams, select events like ODP, id2 and national teams.

From there we go, and this has to be the key part of our evaluation, to discuss with club and college coaches (and other scouts and coaches) who are familiar with the players. This is vital and at the same time tricky, because these coaches almost all have a perspective and motive you have to consider. College coaches are trying to get players to come to their school and may want to help shape perception about who is good or not. Club coaches are in a business, the mother ship of which is to advance as many young players as possible to the college ranks. So their tendency is to give the most positive of spins on every player under their tutelage.

So you end up learning how to filter. You find out which coaches can give the most honest assessments, and how to interpret these comments. It should be noted here that we never, EVER, discuss any coach’s evaluation about their own or other players with anyone else, be it players, their families or other coaches. If we did coaches would never talk to us (some don’t anyway) and it illustrates one aspect of why pay-to-play as a model hinders rather than helps player development.

After defining the player pool for a given age group and region through various sources, then consulting with as many informed opinions from those closest to the ground, we have to assimilate information and ultimately decide on the rankings. To say that this part of the process is subject to error is an understatement, but it should also be clear that what we do prior to that point is designed to reduce the likelihood and the size of any such error.

While all of the above is about rankings, they of course impact our player ratings as well. I always encourage the remonstrating parent to be more concerned about the player rating than the ranking. Our society, or at least the elite youth soccer subculture, tends to want to compare ad nauseam.  “Am I better than X?” seems to be a more important question for people than “How good am I?”

More positively, North Carolina women’s head coach Anson Dorrance told me that anything quantitative can serve as a huge motivator for players. Fair enough, but from my perspective the difference between the star ratings and the order of ranking is akin to that between the 100 meter dash and Olympic figure skating or gymnastics in terms of certainty. I feel much more confident that player X is a 4-star player than I do that he/she is better/worse than the player above/below him/her in the rankings.

There’s much to say about the reaction people have to where they are ranked and how they are rated, but we’ll save that for parts 2 and 3.

So for the question “how do you come up with these rankings” (while understanding that many times it is asked as a thin veil for “how could you possible have ranked my son/daughter where you did?”) the above is your answer.

Continue to Part 2: A look at how you should and shouldn’t be a part of our rankings process.