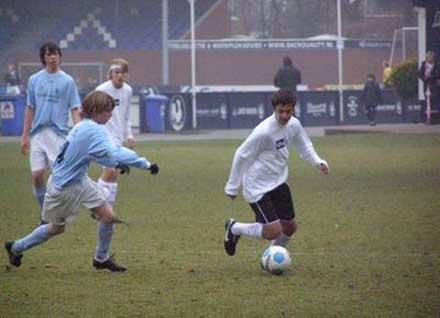 The team trained together only one time before taking the field on Sunday, but after a back-and-forth first half, the visiting id2 National Selection applied increasing pressure and outshot Quick Den Haag by a 10-3 margin in the second half. 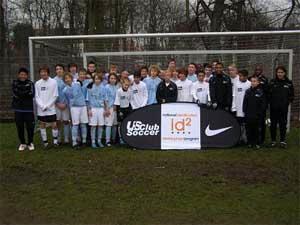 id2 National Selection team in Europe.
Wade started off the scoring in the 57th minute when he put a through ball from Declan McCabe (Weston, Mass. / MPS) past the goalkeeper.

A 67th-minute insurance tally was added with the help of Corey Baird (Escondido, Calif. / San Diego Surf), who accelerated past his defender around the corner and cut the ball back to an onrushing Taiwo, who made no mistake from 10 yards out.

Goalkeeper Carter Richardson (Dublin, Ohio / Team Ohio) earned the win in goal and made several quality saves, including one on a dangerous free kick just outside the 18-yard box towards the end of the first half.

After the game, the team had lunch with their opponents and interacted at the Quick Den Haag clubhouse before taking in AFC Ajax’s 3-0 victory over FC Twente in a battle of two of the best teams in the Eredivisie at Amsterdam ArenA, the same venue which will host the U.S. Men's National Team on March 3 in an international friendly against the Netherlands.

The traveling party arrived at Amsterdam Schiphol International Airport around 10 a.m. local time, cleared customs and then departed via bus to Den Haag, which will serve as the team's base for much of the trip.

We received an inadvertent hour-long bus tour through Den Haag city center, largely caused by closed roads in an attempt by the city to limit automobile traffic.

After settling into the hotel, the team went for a walk and then made its way over to the facilities of HSV Escamp for the first training session of the trip - and the only one before facing Quick Den Haag's C1 squad tomorrow. The opponent's team consists of players born in 1995, and as such, are at least one year older than the id2 National Selection players.