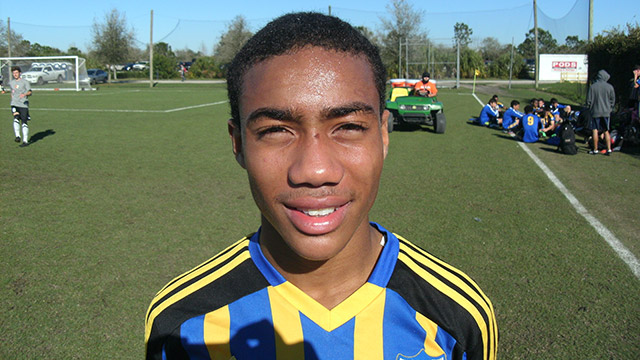 BRADENTON, Fla. – Seventy teams began play in the IMG Cup – College Showcase on a sunny Friday with cool breezes at the IMG Academy.

Following is a list of some of the soccer players who stood out on the first day of competition of the three-day soccer tournament.

“You have to be good, obviously, to play in a showcase like this,” Lewis said. “It’s not really about winning and losing here. It’s about how you and your team actually play.

Lewis hopes to impress some of the many college soccer coaches watching the event, but he also has another soccer step on his mind.

“I would like to play in college, but ultimately, I want to turn pro,” he said.Lewis also played in the Disney Showcase Tournament held in December.