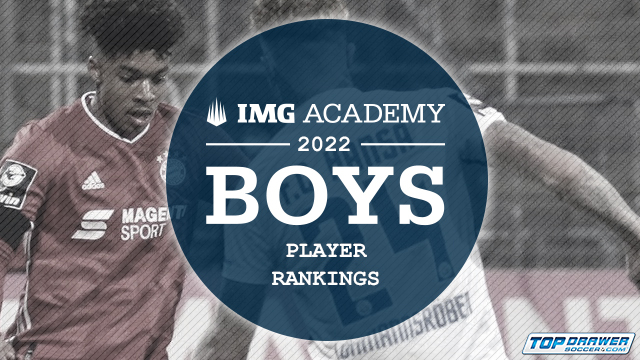 TopDrawerSoccer continues the updates to the Top Club Soccer Player Rankings, presented by IMG Academy, with the Boys Class of 2022. The next class updated for the Spring Update will be the Girls Class of 2022. The regional rankings for each class will be released on Thursday following the release of the national list.

Check out the TopDrawerSoccer Boys Club Soccer Top 150 Players, presented by IMG Academy, for the Class of 2022.

Recently U.S. Men’s National Team called-in defender Justin Che, at the age of 17, takes over the top spot in the TopDrawerSoccer club player rankings for the class of 2022. The FC Dallas Homegrown has enjoyed a loan spell with Bayern Munich and impressed enough to catch the attention of the full men’s national team for an upcoming camp in Europe.

San Jose Earthquakes forward Cade Cowell is No. 2 in the new update. Cowell has developed into a regular starter for the Earthquakes, and been a key contributor to the team’s attack during the first month of the season. Evan Rotundo, Paxten Aaronson, and Jonthan Gomez round out the top five in this update.