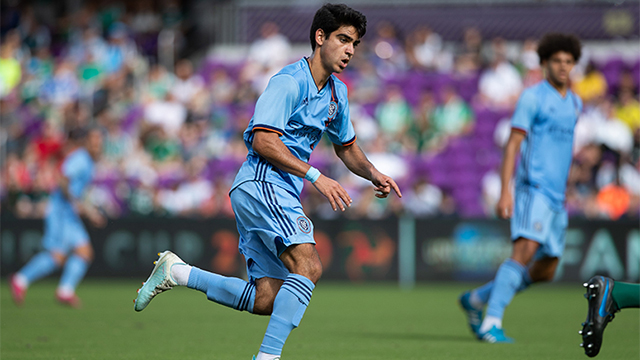 Jasson had originally joined the Yale men's soccer program as a freshman. But with the Ivy League canceling fall sports in 2020-21, he never made an appearance for the program.

“I’m really excited to join NYCFC as a Homegrown player and thankful to the Club for this opportunity to sign my first professional contract,” Jasson said in a statement. “It’s been really exciting over the last couple of years to see some of my closest friends join the First Team and I’m ready to join them, work hard and compete for minutes with the great group of guys we have."

Part of the New York City FC side that won back-to-back Development Academy championships in 2018 and 2019, he earned a spot on the 2019 U.S. Under-17 MNT for last year's World Cup cycle.

A native of Connecticut, he joined the NYCFC Academy back in 2016-17 after playing for FC Westchester. He made 88 appearances in the DA, scoring 25 goals during that time. He's expected to continue his studies at Yale while playing for the first team, and he will be eligible for the Concacaf Champions League when it resumes in December.