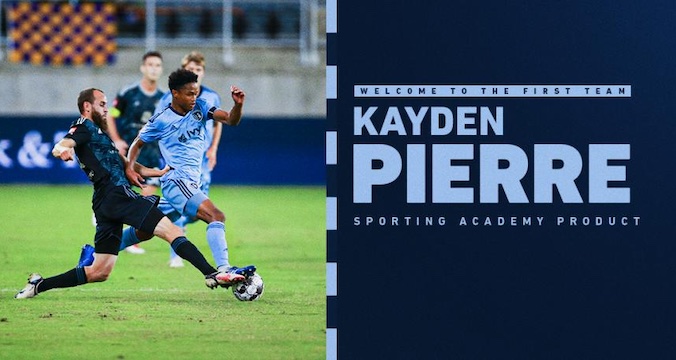 Sporting Kansas City signed 18-year-old outside back Kayden Pierre to a Homegrown contract on Wednesday, the MLS franchise announced.

Pierre signed a four-year deal with MLS and a team option for the 2025 season. He is the 12th academy product to join the Sporting KC first team.

The teenager is originally from Rochester Hills, Michigan, and spent most of his youth club days playing for Vardar before Sporting KC academy in 2018. Pierre lived with a host family in the area while playing for the MLS academy.

The press release announcing his signing described the defense as able to play either left or right back. He appeared in all four games during the preseason with the first team. He played all 90 minutes for Sporting Kansas City II during their USL opener last week. He played right back during that game.

Sporting KC leads MLS with the most academy products on the first team roster.