Kentucky is well known as a basketball state, but there is a soccer resurgence going on in the Bluegrass state.

Thanks to the growth of futsal leagues and the USL Premier Development League side River City Rovers, there are talented players emerging every day from Kentucky. 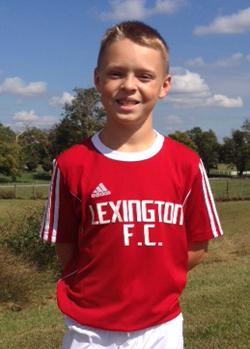 Recently, Sevy Sucurovic, the Director of International Pro Management, has been at the forefront of giving these budding talents a chance to show their quality on a larger scale.

Amar Sejdic, profiled last year in the Pro Prospects series, has returned to the Netherlands after impressing coaches there during his previous training stints.

Sejdic is with Vitesse now, and is expected to make his debut with the club’s U17 team squad this week in a scrimmage against the Netherlands U17 Men’s National Team.

The midfielder, born in Germany to Bosnian parents, has played with the U.S. U15 Boys National Team in the past. Sejdic has appeared with the River City Rovers PDL team and attracted interest from top collegiate programs if the opportunity in Netherlands does not work out.

The 16-year-old is not the only youngster from Kentucky who is gaining attention from Dutch clubs. Ayden Nocus, only 11 years old, has opportunities at some of the top academies in Netherlands as well.

Nocus is an attacking midfielder who is equally as adept with both his left and right foot. He plays for Lexington F.C., the top ranked team in Kentucky for his age group. The youngster also has experience with the Region II Olympic Development Program.

Nocus’ first stop in Netherlands will be with Feyenoord with possible training stints at Vitesse and FC Twente as well.

Born in 2002, the youth national team call-up, if coming, is still a couple of years away for the Kentuckian, but the interest from European clubs will likely pique the curiosity of USSF scouts.

Two weeks ago, a trio of youth club soccer teams from the United States went to Spain for the XII Torneo Internacional Futbol Infantil, a tournament with some of the best academies in the world. Following the three-day event, the U.S. teams enjoyed some success and some learning experiences.

LAFA still advanced to the quarterfinals as the second place team from Group 1. There, LAFA lost to eventual champions Atletico Madrid. Wins over Den Haag and Kapa to round out the event put the new club in fifth place, the best finish for a team outside of Europe.

Strikers finished in 17th place. After concluding Group 3 play in the fifth spot, Strikers defeated host Canillas and Ajax in the placement games.

Chivas USA checked in at No. 21. After only taking 14 players to the event, Chivas USA had a short bench to start the tournament that only got worse as the games piled up. Chivas USA lost its only keeper during the second game and put field players in net for the next five games.

There was another American at the event as well as Benny Lederman suited up for FC Barcelona, which finished fourth in the tournament. Lederman has been dealing with injuries this season, but did get some run during the tournament.