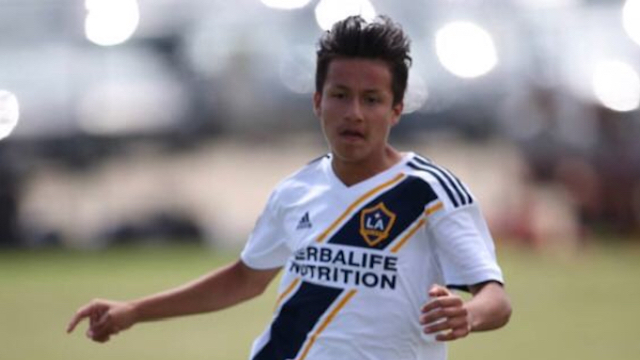 LA Galaxy II announced the signing of academy player Victor Valdez to a professional contract on Wednesday. Valdez, 16 years old, joins the USL team on a professional deal after playing for the team during the 2020 season on an academy contract.

The teenager from Santa Ana began his club soccer career with the Irvine Strikers and moved over to the LA Galaxy Academy in 2018. He has been a mainstay with the U.S. Youth National Team program. He was part of the last U.S. U17 Men’s National Team camp in England in February of 2020.

Valdez made nine appearances, including one start, for LA Galaxy II last season. The attacking midfielder could take on a more prominent role this season as the Southern California franchise looks to push him onto the first team in the coming seasons. LA Galaxy II also signed a young attacking talent to a professional contract last month in Alex Alcala. The two teenagers offer an exciting future for the Galaxy attack.

The USL season is scheduled to begin in May. Many teams have already begun preseason training.