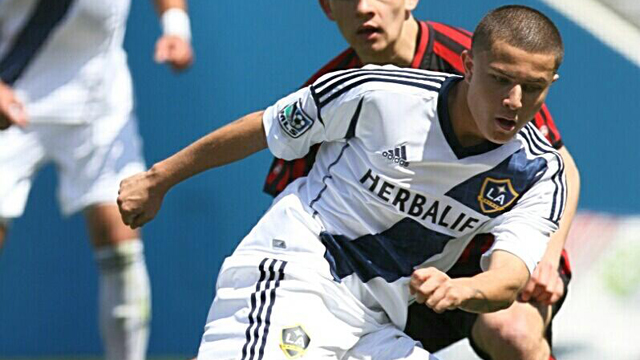 LA Galaxy is set to sign Development Academy star Raul Mendiola to a Homegrown contract, two sources told TopDrawerSoccer.com this week. Mendiola has been a member of the Galaxy U18 squad for the past two seasons after previously tearing up the Academy with Arsenal FC (Temecula, California).

Mendiola was the U16 Development Academy Player of the Year for the 2009-2010 season and then again in the 2010-2011 season while playing for PJ Brown with Arsenal FC.

Mendiola has caught the interest of many with his flash and flair in the attacking third. The dynamic, skillful attacker has been on trial with Manchester City as well as some top clubs in La Liga. He also spent time training with Pachuca in Mexico City.

Originally, the Mexican club was looking for a player development fee for the six months that Mendiola spent on the books there – whether or not MLS paid is not immediately clear. Typically, the league has a rigid policy against paying such fees.

He is sixth player signed to a Homegrown contract by the Galaxy following in the footsteps of Jose Villarreal, Gyasi Zardes, Oscar Sorto, Jack McBean, and Tristan Bowen. Bowen is the only one no longer on LA’s roster.