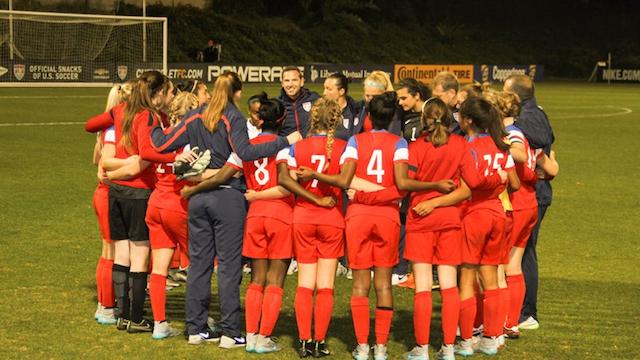 The U.S. U17 Women’s National Team is gearing up for the World Cup in October. As part of the preparations for the event, head coach B.J. Snow has called in 28 players for a pair of friendlies against Brazil in Michigan next month. With over two dozen players, including a few fresh faces, headed to Michigan for the friendlies against the South American powerhouse, the U.S. U17 WNT player pool is now the largest of any age group in the Youth National Team spectrum.

Snow and his coaching staff have been in a nonstop pursuit to find players for this age group, and they have been rewarded along the way with younger players stepping into the spotlight when given the opportunity. The large player pool combined with a few very promising prospects for the full national team has made this one of the most encouraging teams in some time, and worth a closer look as only a couple of months remain before the World Cup in Jordan.