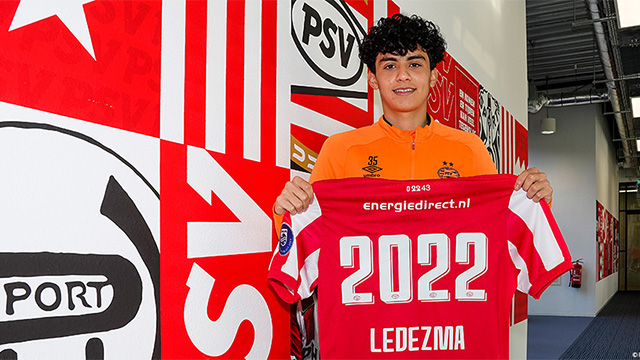 Ledezma first joined PSV ahead of the 2018-19 season, featuring for the PSU Under-19s after a lengthy recovery from an injury. Last summer, he played for the U.S. Under-20 Men's National Team at the World Cup, making three appearances in Poland.

46 - Richard Ledezma (19y 192d) is the only teenager in the Keuken Kampioen Divisie with at least 35 created chances this season (46). Extended. pic.twitter.com/ibM5CFdZNP

He's played more than 2,000 minutes for Jong PSV during the current 2019-20 club season, scoring four goals. Ledezma had been named to the U.S. Under-23 MNT for Olympic qualifying, which had been scheduled to start March 20 in Mexico before being canceled by Concacaf.

Per Opta, he is also the only teenager in the Keuken Kampioen Divisie (Dutch Second Division) to create at least 35 chances this season.