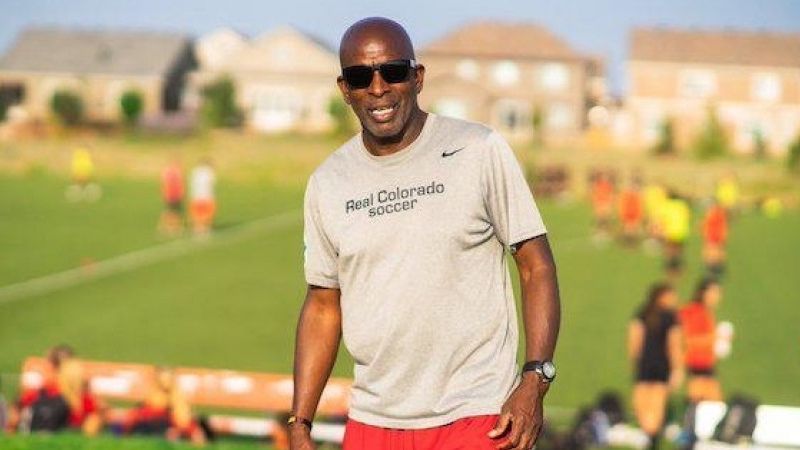 Lorne Donaldson started dancing. Three of his Jamaica Women’s national team players were already grooving in celebration and the coach wanted in. After a month at the helm, Donaldson had lifted a languishing squad to World Cup qualification; a dance seemed in order.

It was part of a busy 24 hours for the Jamaican. Less than a day before, his Real Colorado U17 girls club side won a national championship. Twenty-five years into his coaching career, with a lengthy list of accolades to draw upon, that brief spell might be Donaldson’s best. And for a coach that’s no stranger to building successful programs, it’s a rare achievement.

“We won the ECNL and then turn around and the girls qualify for the World Cup,” Donaldson said. “Sometimes you just shake your head and say: What happened?”

Donaldson was a notoriously tough left-footed midfielder who enjoyed a solid playing career before diving into coaching. A proud Jamaican immigrant who played 15 years of professional soccer in Colorado, the manager has built one of the best club setups in the county.

With a World Cup on the horizon, countless club tournaments to come and a dominant program to maintain, there are many more big moments on the way as Donaldson continues to establish himself as a central figure in both Jamaican and American soccer.

“We came in and we build it”

It was 1997 and Donaldson was on the coaching staff for the APSL’s Colorado Foxes. The team was steadily declining, outnumbered and outspent by MLS side Colorado Rapids. Aware of the rising tide of the centralized American soccer league, Donaldson looked elsewhere, pouring himself into the Douglas County soccer setup — eventually founding Real Colorado.

Western Colorado is not a kind place to play soccer. Mile-high altitude isn’t conducive to fitness. Humid summers don’t make for easy conditions, especially with the regular thunderstorms. When you add thick and heavy snowfall in the winter, piecing together a club setup with few resources seems like an ambitious endeavor.

But Donaldson wasn’t deterred. He and a small coaching staff invested in youth soccer, spending hours setting up pitches, running training sessions and building interest in the area.

“We just have to work hard,” Donaldson said. “We work with snow, sun, rain, whatever.”

By 1999, Donaldson’s club side was competing with some of the top teams in the state, knocking off perennial power Colorado Rush to win the Colorado Cup. That match saw him pitted against former teammate Tom Stone.

“[Donaldson] has always impressed me with the simplicity with which he sees the game. But also his attention to the tiniest detail,” Stone, now the head coach at Texas Tech, said. “You get better under [Donaldson’s] direction.”

As Real Colorado grew, the offers came in. Nike asked the club to join the Elite group, a partnership program that invested in some of the best youth setups in the country. Donaldson was surprised at the time — the club had enjoyed little national success — but he gladly accepted the offer.

“We weren’t elite then, but I think they saw more potential than I saw,” Donaldson said.

Nike’s investment was shrewd. Since then, Real Colorado has become one of the top five clubs in the country, excelling on both the boys’ and girls’ scene. It’s developed a strong relationship with Colorado Rapids’ academy and sent over 1,000 players to college programs.

“I wasn't surprised at all that,” Stone said. “Next thing, you know, you're looking around, and there's all these players in the youth national team and the senior national team all from one club.”

“It was for the girls and for the country”

Donaldson was first offered the Jamaica head coaching job in 2019. He’d been an assistant coach during the Reggaegirlz’s 2019 World Cup campaign, making him a natural successor to  Hue Menzies.

The Jamaican Football Federation has had a rocky relationship with women’s soccer over the years. It disbanded the national team entirely in 2008, before reinstating it in 2014. Though there’s talent, poor infrastructure limits consistent success. When Donaldson took over, it was a hectic program. Resources were so scarce that a band of club coaches, led by Stone and old friends in the game, sent supplies to the team. Unused shorts, new balls and other coaching equipment were shipped to training camps.

Donaldson lasted less than a year in the role, resigning to what he called poor oversight and unprofessionalism from the JFF. But on June 2, he was offered the position again. It was an unusual time to take the job, with less than a month to go before a crucial World Cup qualifying slate. He had four weeks to prepare for a tough Concacaf Cup group, highlighted by matches against the United States and Mexico. Second place would guarantee qualification for Jamaica’s second World Cup in a row.

To prepare, Donaldson took his team to the place he knew best: Colorado. He held a June training camp in Denver.

“I said: ‘if they can get through Colorado, I am sure we can build something and go into the qualifiers and do something good,’” Donaldson said.

The camp worked. In the 7th minute of Jamaica’s group opener against Mexico, Bunny Shaw latched onto the end of a floated free kick, nodding the ball into the far corner for a 1-0 lead. There were some nervy moments as the game wound down, but the Reggae Girlz held on.

A loss to the US followed, setting up a winner-take-all clash with Haiti. Jamaica dominated, winning 4-0. And by the end of it, Donaldson was dancing.

"I'm so proud of him and happy that he's with the Jamaican national team, " Stone said. "At his soul, in his core, he is Jamaican."

“He is the culture of Real Colorado”

Twenty-four hours before, Donaldson was celebrating for a different reason. 1,500 miles away, his ECNL U17 side had put together a playoff run, breezing to the national finals. The championship matchup was difficult. Southern California’s Beach FC had enjoyed a hot streak of its own and featured some of the nation’s best attacking talent. Real Colorado turned in a classy performance, winning 3-1.

Twenty-five years into his youth coaching career, Donaldson seems to have found balance. He extended his Jamaican national team contract through the next World Cup and will oversee the squad as it prepares for the tournament next summer. The JFF’s setup is still far from perfect, but the Jamaican government has made noises regarding resources for warm-up games and training camps to give Donaldson a chance to look at his player pool.

Meanwhile, he will continue to build the Real Colorado setup. He has lofty goals for the club, with plans for a clubhouse, futsal courts and extra practice fields. He’s also pushing for tweaks in the financial model of club soccer, hoping that ECNL clubs can recoup some money from the sales of professional players, citing Tajon Buchanan’s $7 million transfer to Belgium’s Club Brugge as an example. He wants to offer more scholarships and encourage players of all abilities to play at the club level.

“The kid doesn't have to be a national team player to be a scholarship player. If the kid just wants to play, we figure it out,” Donaldson said.

Donaldson’s impact has now trickled down through multiple generations. He’s trained professional players and their kids. He’s managed games against some of his former players. He is regularly in touch with college coaches who he once employed or trained.

And while that network continues to grow, Donaldson still has time of his own: more matches, more opportunities to expand and more big moments.