Lure of Stanford impossible to resist 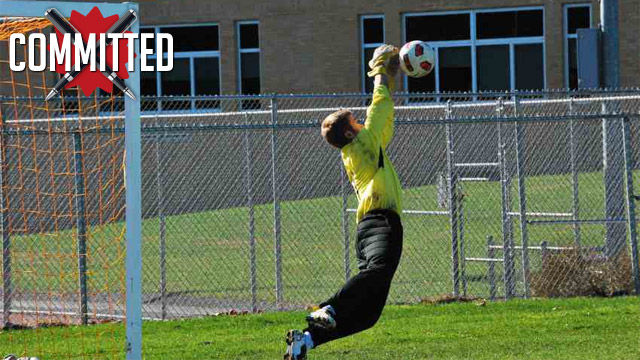 A technical midfielder and standout for FC Bolts Celtic, Alex Ainscough certainly liked the hire of Jeremy Gunn out in Stanford.

The relationship the two forged during a trip Ainscough took to Palo Alto helped convince the stalwart to make a verbal commitment.

“After meeting with him, and the assistant coaches John Smith and Mike Graczyk during my visit to the school, I realized that they took the same mental approach to the game as I did in terms of competitiveness, hard work, and for that reason I thought I could see myself playing for them for four years,” Ainscough told TopDrawerSoccer.com.

But it also comes down to more than just soccer, as the strong academics of the school is icing on the cake to a beautiful campus.

“Between their athletic facilities, cafeterias, classrooms, you really couldn't ask for a nicer set-up,” Ainscough said. “I could go on for literally an hour about all the stuff I saw when I was out there that amazed me. When I told people I was going out for a visit, a lot of people (adults) said that once you see that campus you’re not going to want to come back. It turns out they weren't wrong.”

A New York netminder, Patrick Castle has been going to Syracuse soccer camps since his freshman year of high school.

A strong familiarity with coach Ian McIntyre and the rest of his staff, were one of many things that drew Castle to commit to the rising program.

“What I liked about the soccer program itself was the players and the coaches in it,” he told TopDrawerSoccer.com. “Attending a couple of games, and going on a couple of visits, the players have great chemistry, and prove it, by coming off a not so great seeing, then coming back and making into the sweet sixteen in the NCAA tournament. This demonstrates dedication and the will to succeed.”

With U.S. youth international goalkeeper Alex Bono, a future teammate, Castle is excited to train alongside such a good player. And off the field, he is hopeful that the education on offer can set him up for years to come.

“What I really like about the school is that it is in the top 50 in the nation for academics, and is going to put me in the right path to pursue my career,” he said. “I aspire to be an orthopedic surgeon, and I feel Syracuse provides the assets I need. As a student athlete I feel that every school official is there to make my college experience the best it can be.”

A Florida native, it wasn’t too hard of a decision for Derek Gebhard to turn in his verbal to the relatively young program.

“I decided to commit to Florida Gulf Coast because I feel that by attending this school I will reach my full potential as an athlete and as a student,” he told TopDrawerSoccer.com. “I liked how they play a 4-3-3 formation just like my club team.  I feel it will be easier transition for me to fit into the program.”