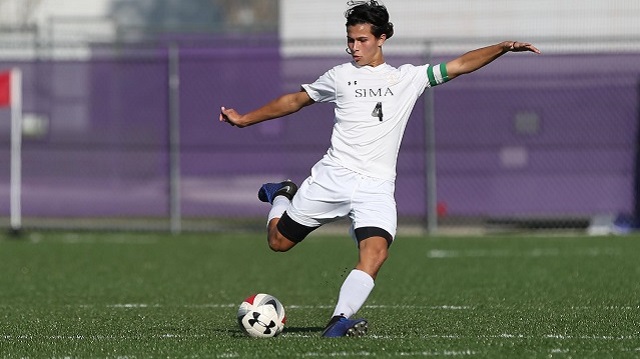 MONTVERDE, Fla. -- The Montverde Academy Soccer Tournament is back -- looking different but bigger and better than before.

Still the mission remains the same: a platform to showcase elite teams and future college and pro players.

MAST originally was a top-tier high school event that served as a season-ending tournament for Montverde Academy since the school opted not to participate in the Florida high school association state tournament. During its MAST run, Montverde brought in most of the annual winter high school powers, such as Alief Elsik (Texas), Brophy Prep (Ariz.), Boca Raton, Cathedral (Calif.), Coppell (Texas), Hamilton, Paramount (Calif.), St. Paul's (La.), San Clemente (Calif.) and Watsonville (Calif.), among others.

But after years of winning every match, the focus of MAST skewed toward the SIMA program and the international bracket that brought more college and professional attention to the players on campus. In recent years, MAST became a club/international event.

MAST is back this year and the attention is on the newly formed Super Group, which starts play Tuesday with SIMA Gold taking on FC Dallas at 7 p.m. On Wednesday, FC Dallas faces Valencia CF (Spain) at 5 p.m. followed by SIMA Gold taking on Jacuipense (Brazil). Valencia and Jacuipense square off Thursday before the final round-round matches are played Friday -- FC Dallas vs. Jacuipense at 3 p.m. and SIMA Gold vs. Valencia at 5 p.m. The consolation match is slated for Saturday at 3 p.m. followed by the championship at 5 p.m.

SIMA director Mike Potempa said this year's event has surpassed any ideas he could have envisioned when the event started in 2012. In addition to throngs of college coaches, several professional teams are sending scouts, including Manchester United.

Some of the players to have come through the SIMA program and starred in past MAST events include include Andre Shinyashiki '15 (MLS Rookie of the Year – Colorado Rapids), Diego Campos '14 (Chicago Fire), Benji Michel '16 (Orlando City), Hassan Ndam '16 (FC Cincinnati), Bruno Lapa '16 (Wake Forest), and Malick Mbaye '16 (Clemson).

In advance of this year's MAST, TopDrawerSoccer offers a look at the top Montverde Academy prospects who will be in action this week: F/M Macoumba Ba: A wide player, Ba has been at Montverde for four years and colleges started to take notice last season. He had a strong SIMA College Showcase showing. He is difficult to handle in 1v1 situations and is always a threat to score. He’s a left-sided player.

M Omar Ciss: Coaches felt he had an OK SIMA College Showcase performance, but that was more than enough to generate a lot of interest in this midfielder.

M Eric Danquah: Danquah was one of the most impressive player the first day of the SIMA College Showcase. The center mid covers a lot of ground and gets the ball forward very quickly. He already has had a visit to at least one ACC program.

D Hamady Diop: Diop was the most consistent and probably best performer at the SIMA College Showcase. He is a four-year Montverde player and has developed through the system and emerged as a top recruit. Despite his defensive role, he scored on an outstanding free kick at the Showcase.

F Lucca Dourado: Dourado played with the Orlando City DA 18/19s last year as a high school junior. He was a winger, but has moved to forward this year and become even more dangerous. Coaches like his versatility.

D Mamadou Fall: He is one of the players receiving professional interest in this senior class.

D Emmanuel Hagan: Hagan trained with the DA and Orlando City B last season. He has improved quite a bit from last year, which has led to a lot of college interest.

M Santa Ihara: A Development Academy player last year, Ihara has emerged as one of Montverde's top prospects this year.

GK Marc Kouadic: He was not very busy — in fact, Montverde keepers seldom are. However this recent Canadian U17 World Cup player was the team’s top keeper at the SIMA College Showcase. He made a big save on a shot by Hamady Diop.

D Edward Mensah: A bit of an unknown on the Montverde roster as two knee injuries sidelined last year. He’s an outside left back who is physically impressive. He communicates well, organizes well and is comfortable building out of the back.

D Sven Quint: A left back who came to Montverde as a post-grad. According to the staff, Quint has been getting a lot of attention, especially following the SIMA College Showcase.

D Welnilton Rodrigues: Rodrigues missed the SIMA College Showcase due to injury. But this left center back from Brazil is generating a lot of interest and played last season with the DA U19 squad.

M Soshun Shigaki: Shigaki came to Montverde as a post-grad and has caught the attention of college coaches. His strong performance at the SIMA College Showcase allowed his recruiting to blow up within 36 hours after the event.

M Ousmane Sylla: This is his third year at Montverde, but was always playing behind others. This year has been a breakthrough season for Sylla. He’s very dynamic on the ball.

D Mohamed Traore: Colleges in the market for a left-footed center back might do well to check out Traore. He’s calm under pressure and has great physical attributes. F/M John Thomas Kamara: The wing player is very elusive and difficult to deal with. He was one of the Saturday standouts at the SIMA College Showcase.

D Pedro Arruda: Arruda is a center back who had an assist during the SIMA College Showcase. Only a sophomore, he more than holds his own and shows great range and ability to play at a high level.

D Shawn Smart: Smart was the only Class of 2022 Montverde player to dress for the SIMA 1 vs. SIMA 2 contests. His sister plays at Wake Forest, and Shawn is projecting to be a major recruit, as well.

F/M Parker Smith: In the SIMA 3 vs. SIMA 4 contests at the SIMA College Showcase, Smith was a cut above the rest. He scored two goals on Friday and one on Saturday.

GK Mason Shale: The freshman keeper played in the SIMA 1 vs. SIMA 2 contests, showing the potential of this rising standout.