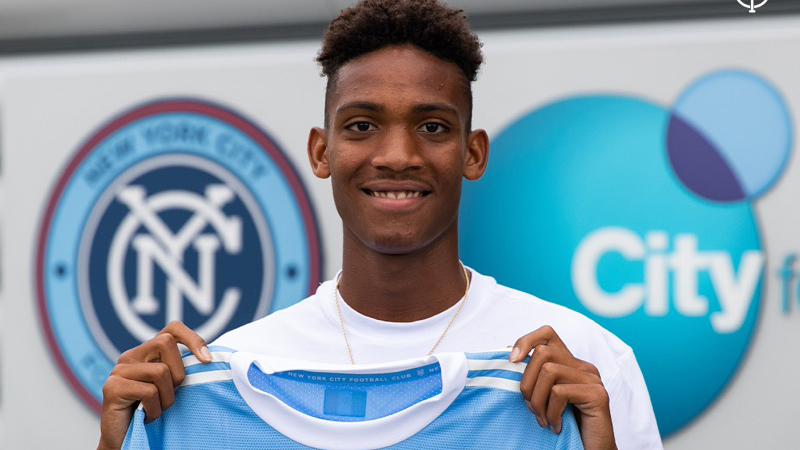 McFarlane is a 14-year-old prospect and No. 6 ranked player in the 2025 Boys Player Rankings, presented by IMG Academy.

“This is a very proud moment for me and my family and I’d like to thank everyone at NYCFC for the hard work and for believing that I will continue to improve," McFarlane said in a press release. "I am ambitious and will work hard every day, but I know it will take time to make in impact on such a talented team. Since a very young age, it has been a dream of mine to be a professional soccer player, and there is so much I want to achieve in the game. I don’t think I could be in a better place to continue my development and achieve my dreams.”

The defender recently played for NYCFC's U17 MLS Next side during the 2020-21 season. Originally born in England, he joined the New York City FC Academy in 2018, climbing the ladder before signing his pro contract.

“We’re really happy to sign Christian as he becomes our sixth homegrown player to join our First Team," NYCFC Sporting Director David Lee said in a statement. "It is always an exciting moment when we sign talented players from the New York area who have developed through our system, and we’re really excited for Christian and his family.”

“I don’t think I could be in a better place to continue my development and achieve my dreams.”