Meet the U17 MNT: The three amigos in goal 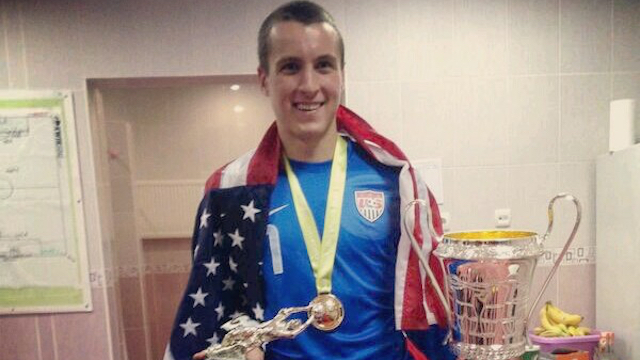 Last week, Richie Williams named his 21-man roster for the 2015 U17 World Cup in Chile. The players assembled in Florida over the past week as the final preparations for the event take place.

Over the past few days, the U.S. played a pair of scrimmages against South Korea in Florida. The U.S. won both games by the score of 2-1. Those games serve as the last test for the group before the real competition begins in Chile. The U.S. kicks off action on October 17 against Nigeria.

There was not much surprise in the goalkeepers named to the U17 Men’s World Cup roster. William Pulisic, Kevin Silva, and Eric Lopez have been the favorites for the spot since last year. Mexico U17 goalkeeper Abraham Romero was arguably the favorite to take over the starting spot when he attended the Residency Program in 2013, but a falling out with the program and then an opportunity with Mexico opener the door for someone else to step forward. Pulisic took advantage of that chance and now is the favored starter for the group.

Learn more about the trio of net minders below.