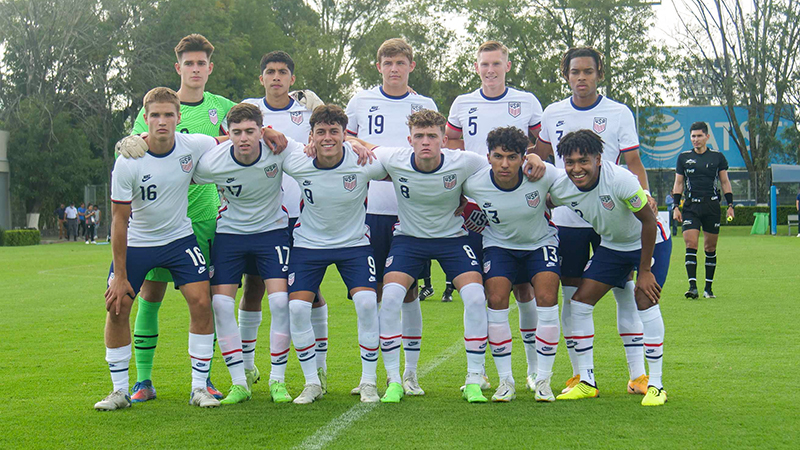 Here’s a roundup of the action below.

Playing at the Vaclav Jezek Tournament against Under-18 squads, the U.S. Under-17s fell 1-0 in the opener against Slovakia.

The U.S. played well versus the older competition, and Paulo Rudisill had the best chance in the first half. After a well worked move, he flashed a shot just wide of the power.

Slovakia headed home the game’s only goal in the first half to secure the win.

Reed Baker-Whiting scored in the 16th minute, off an assist by Esmir Bajraktarevic. The New England Revolution midfielder scored in the 57th minute to extend the lead, Rodrigo Neri tallied twice in eight minutes, before Alex Freeman rounded out the scoring.

Opening up play at the Revelations Cup in Mexico, the U.S. Under-20 MNT rallied for a 3-1 win against Peru.

After going down early in the first half, Brian Gutierrez tied the game before the break. Brandan Craig scored from a free kick to put the U.S. in front, and a Diego Luna tally rounded out the scoring.