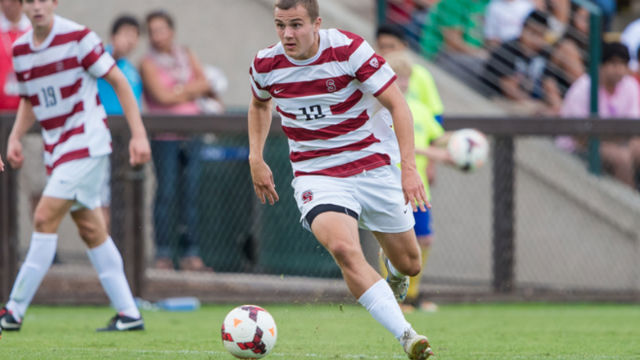 Each year, MLS Academies send off talent to the Division I college ranks, where some aim to continue developing and hopefully one day sign a homegrown deal.

Below is a team-by-team preview of each MLS Academy’s alumni to watch out for in Division I. Not every player listed below is necessarily eligible to sign a homegrown deal with his respective club, given the unpredictable and oftentimes impossible to understand guidelines the league uses with academy signings.

There are a plethora of players from the Fire in the Division I college ranks, with more joining each year. Senior midfielder Brady Wahl is one of the more unheralded players who does a lot of the grunt work and heavy lifting in the Marquette midfield, while Louis Bennett II mans the flank. The Golden Eagles also rely on goalkeeper Charlie Lyon, a Fire Academy alumnus.

Forward Tyler Engel will be a senior at North Carolina, and he’ll be looking to make a splash for the Tar Heels as the team looks to improve its offensive output on last year. Another top forward in the Big Ten is Northwestern’s Joey Calistri, who will aim to continue improving this fall.

It can be debated who qualifies as Chivas USA Academy alumni and what will happen to the team down the road, but there are a handful of quality DI players scattered throughout the college ranks. The first that comes to mind is Creighton center back Brendan Hines-Ike, who has slowly but surely improved in Omaha.

Sophomore goalkeeper Jake McGuire started in 12 games last year for Tulsa, and he’ll look to win the starting job early on this season in a new conference. Midfielder Adam Arana played in 16 matches last season for Drexel and will look to play an even bigger role in 2014.

Out west, UC Riverside midfielders Eric Gonzalez and Romario Lomeli both are ones to watch, while sophomore Kevin De La Torre will be fighting for minutes on a deep and talented UCLA squad. Freshman forward Paul Salcedo could see significant minute for California after a strong finish to his club career.