MLS Next: U17, U19 first round predictions 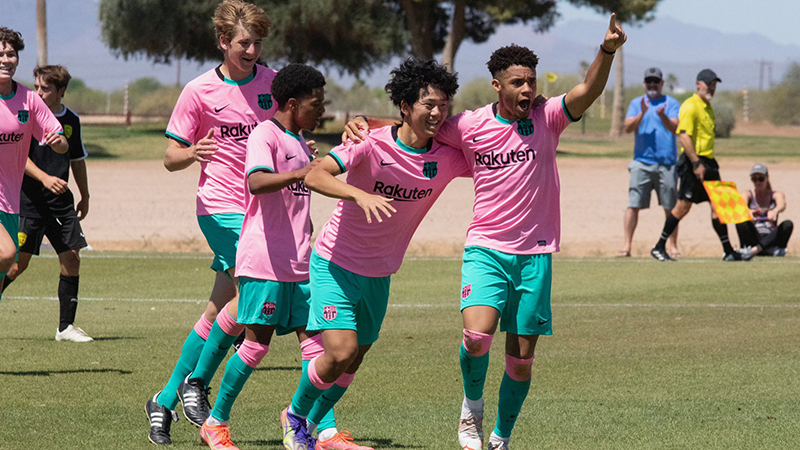 The postseason nears for the first MLS Next campaign, bringing to an end the inaugural season of a new league.

Under-17 and Under-19 teams begin the knockout tournament on Saturday, June 26, with a 32-team competition ending on July 3 and crowning a winner.

It’s a big opportunity for players looking to be scouted by colleges, whether it’s 2021 or 2022 graduates. The competition in Frisco is one of the first major national events after the recruiting dead period finally ended on May 31.

Below is a quick overview of the U17 and U19 age groups, and a prediction of all first-round matches.

Perhaps the most interesting of the age groups when considering players for either pro future or even college chances. It also features plenty of pro sides, both from the USL Championship and Major League Soccer. So who are the favorites? The Philadelphia Union are excellent and should bring plenty of quality. The Seattle Sounders have been aggressive about promoting players, but still have enough to be dangerous. Powerhouse sides like FC Dallas and LA Galaxy can’t be overlooked. LAFC has been excellent with the players coming through that are eligible. New York City FC has a rich talent pool, but could be out early with a first-round game against FCD. Academy newcomers Charlotte FC brings quality in the form of players like Chris Thaggard and Bryce Swinehart.

Whichever side wins the first-round matchup between De Anza Force and Bethesda SC can’t be overlooked; both are storied sides that make the most of the talent on the roster. One of the best players from outside pro academy sides is IMG Academy’s Nathan Richmond, who will look to make the most of a tough matchup with Sacramento Republic. Either of Solar SC or Albion SC draw from deep parts of the country and could go on a run after their first round matchup.

Projecting this group is difficult, and not just down to the lack of information but more down to which players participate. In the oldest age group, some players will sit out before heading to school in the fall, some pro teams will keep their academy players up with USL teams if they are still amateurs. Some signed Homegrowns will play down, of course.

It's also big for some 2021 graduates maybe still looking to latch on with a program for the fall, and with this being one of the first big scouting events for DI programs, a huge opportunity for the 2022 graduates.

There’s a long list of contenders to look for in this one, from independent sides such as Bethesda SC, Barca Academy, Sockers FC, Solar or even a program like Shattuck St. Mary’s or IMG Academy.

There are fewer pro sides at this age group, as several have scrapped Under-19 outfits and simply promoted eligible players to USL teams as amateurs, or signed them to homegrown deals. The Portland Timbers have a sneakily solid roster featuring several DI-bound players; New England Revolution are solid at this age, though face a tricky first-round matchup against Atlanta United. Chicago Fire, Colorado Rapids and LAFC are worth watching as well.