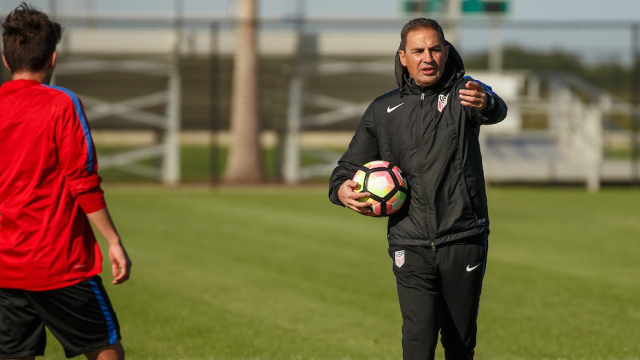 U.S. Under-18 Men’s National Team head coach Omid Namazi has called in 24 players to take part in an eight-day domestic training camp from Feb. 4-12 in Orlando, Fla., featuring two games against their counterparts from Costa Rica.

The U-18 age group, consisting of players born on or after Jan. 1, 2001, is taking part in its third National Team camp of the 2018-19 cycle, after the player pool got an early start to the two-year slate of programming in November, followed by its inclusion in the first ever Men’s Youth National Team Summit at the beginning of the year. As Namazi continues to evaluate and expand the U-18 player pool, the 2018-19 cycle serves as a major preparation step for the 2001s, who will eventually seek a qualification spot in the 2021 FIFA U-20 World Cup.

Of the 24 players brought into camp, 20 have registered at least one season in the U.S. Soccer Development Academy. Midfielders Roberto Hategan and Marcelo Palomino, and defender Nico Benalcazar collectively lead the roster in that regard, each having played five seasons. The roster also includes three Best XI conference selections from the 2016-2017 Academy season in Benalcazar (East) and midfielders Cameron Duke (Central) and Nelson Martinez (East).