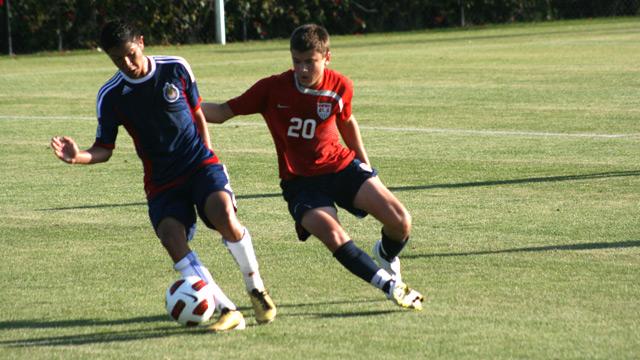 Just in case you dropped the ball and missed last week’s coverage of the U.S. U14 Boys National Camp, here’s your recap.

We take one final look back at some of the top individual performances of the camp, breaking down the evaluations by position. 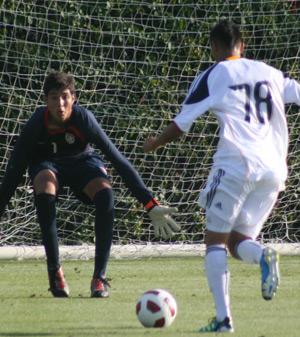 Christian Herrera (GK)
The goalkeeping performances were a bit more uneven than the previous gathering of the U.S. U14s in May. Some of that had to do with the fact that there were more of them as Jonathan Klinsmann and Christian Herrera joined the party. Both newcomers have obvious talent but were also at a disadvantage to the more experienced guys in net, and it showed during a few tough moments during the week. Cameron Keys is small, but very athletic and attentive. James Marcinkowski, Justin Vom Steeg and Parker Siegfried were also solid and often inconspicuous – which is usually a good thing for a keeper.

As we’ve pointed out in the past, the area of defense can sometimes be the most difficult at a U.S. camp because it requires the kind of chemistry and trust that’s hard to come by during infrequent gatherings. Well, the U.S. U14 team unquestionably has a group it can trust: holdovers Guillermo Bermudez, Billy Abdallah and Tommy Redding have long emerged as the leaders of this group and they did little to change that during another strong week. What was interesting at this camp was the emergence of new standouts – particularly David Chavez. Playing in just his second game, Chavez was a tireless worker and a natural leader on the field, earning him the captain’s band in the final scrimmage. 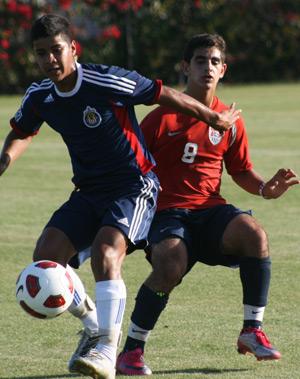 Billy Abdallah (red)
There’s a lot of big talent at this position. The obvious, and proven, standouts include Benjamin Swanson; game-breaker Mukwelle Akale and stabilizer Chester Castellaw, but there were a few new emergences this time around. Craft, who spent a spring playing in Uruguay, is a tough player with a good work rate. His activity made good things happen on the field. Fernandez is a craft left-footed player who scored one of the prettier goals of the week and showed off good aggression. Orestis Sousonis logged some good minutes on Saturday and displayed speed and good 1v1 ability. He was another one of the many solid showings from the midfield corps.

The group was once again highlighted by Malcolm Dixon, who just has a gear of speed and athleticism that most players do not. He is confident and decisive in the scoring zone and he also combines well with his teammates. One of his most familiar teammates, Stephen Elias, plays alongside him with the New York Red Bulls. Elias is dangerous with the ball and proven goal-scorer. Pineda also turned in another good camp. He constantly pursues the ball and is an exceptional play-maker, combining well with his teammates.