In this week’s update we continue to breakdown the signing classes of programs across the country, while keeping you posted on exclusive 2012 commitments.

Let’s start with the men:

A couple of young men decided on their future destinations recently, including: Malcolm Harris (Baltimore Bays), our No. 38 ranked 2012 player, who chose to attend Denver.

The defending champions are doing some serious reloading. No. 5 Lauren Bohaboy (So Cal Blues), Jennifer Jasper (Solar SC), No. 59 Taylor Schneider (Dallas Texans), No. 47 Sammy Scofield (Eclipse Select), No. 7 Karin Simonian (Albertson SC) and No. 45 Sarah Voigt (Ponte Vedra Storm) will all be joining forces with the Fighting Irish. 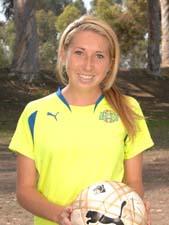 “I went for an unofficial overnight visit and loved the campus and had fun meeting the team,” she said. “It just seemed like the perfect fit for me.”

Maddison Kiebel (Colorado Rush), our No. 63 ranked player in her class, committed to Charlotte.

Claire Falknor (Ohio Elite), our No. 91 prospect, has committed to Florida.