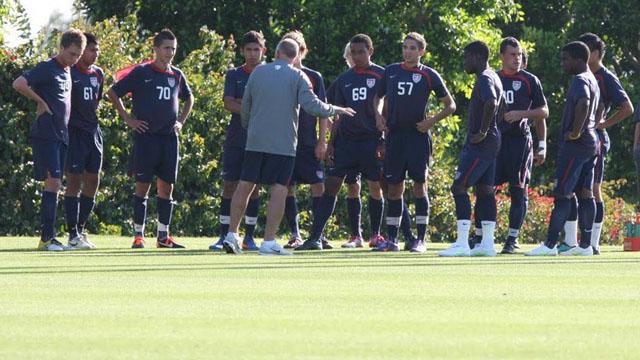 For the sake of organizing their scrimmages against outside competition and giving coaches a better handle on evaluating the 48-player group, the U.S. U15 BNT was broken into three teams during the weeklong camp that wrapped this past weekend in Carson, CA.

Unofficially, though, the camp was broken into two teams: those that had attended the 19-player trek to Croatia last month, and those who had not. 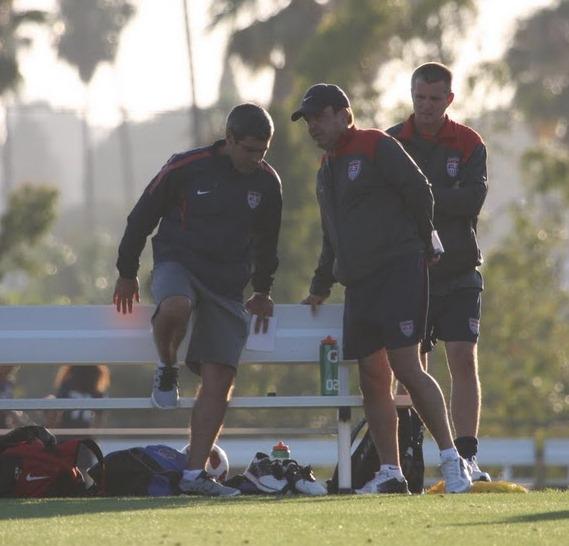 U15 BNT coach Jim Barlow with Claudio Reyna
U15 coach Jim Barlow – not to mention U17 coach Wilmer Cabrera, who was present while taking a look at a crop of players who will be eligible for the U.S. U17 Fall Residency Program in the fall – was looking to see which veteran players had returned as improved specimens while keeping a watchful eye on the bigger contingent of new kids who would use the week to catapult into the U.S. Soccer consciousness.

“Oh, there were plenty of (under-the-radar guys) who made it into camp,” Barlow said. “The ODP and the Development Academy have produced some players, and we found some in other ways. It was definitely a challenge for those guys because everything was new.”

More than a few newbies met the challenge.

The U15 squad wrapped up camp with a couple of scrimmages, a 1-0 loss against Arsenal, and a 3-0 win against Cosmos Academy West.

Goal-scorers Adonis Amaya and Michael Seaton were a pair that represented ‘team rookie.’ Both are attackers with good size – Seaton in particular – and a good handle on playing efficiently with their teammates.

Their performances were far from an anomaly, as a few other new faces enjoyed strong showings.

Defender Kevin Politz is a player who looks like he’ll be called into future camps. He is big, comfortable on the ball and proved to be a threat on set pieces.
Alejandro Segovia is a striker who made his presence known and as he pushed the pace and looked for his shots. Christopher Lema brought a finesse and refinement to connecting with his teammates from the midfield.

Not to be outdone were the veteran returners who had the clear advantage of understanding precisely what they could bring to the group.

“I think I do a good job of making the simple play,” said midfielder Omar Castro, whose understanding of his special skills was no doubt aided by his international trip with the team.

“Since the trip I think my speed of play is been better and just getting to know my teammates on the field improved.” 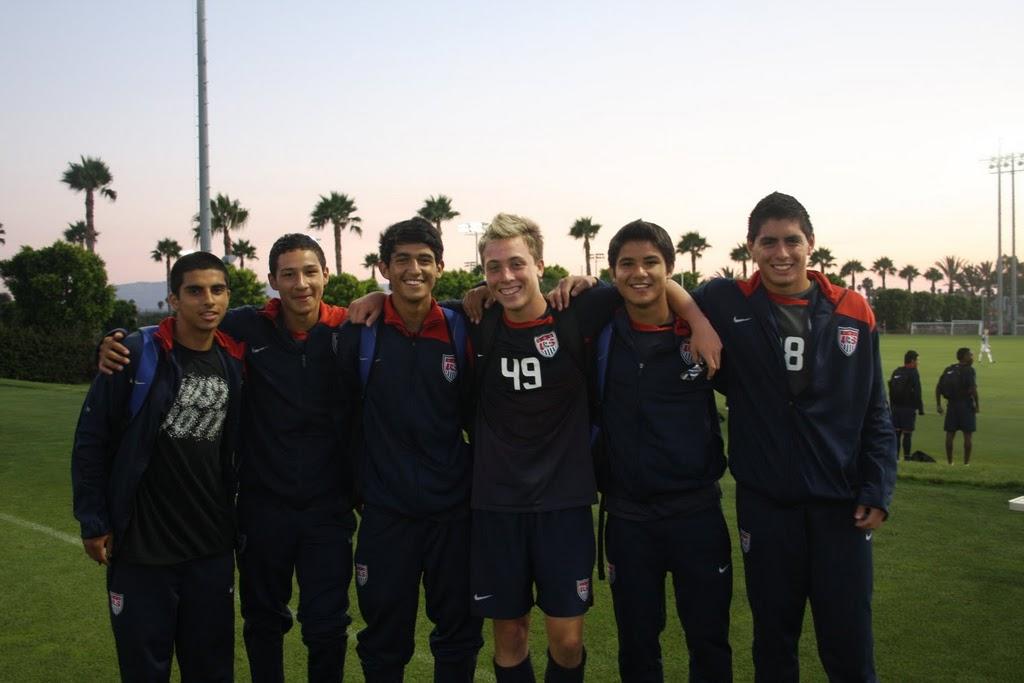 Midfielder Joab Santoyo was particularly pleasant to watch because of his feel for the game and ability to affect play in a variety of ways.

In the end, players from both sides of the experience spectrum came off well and many will be heard from sooner rather than later.

“Forty-eight of the best players together has a positive influence,” Barlow said. “Hopefully, we can help produce players that are going to continue to help U.S. Soccer. We hope we give them something that can hold onto.”