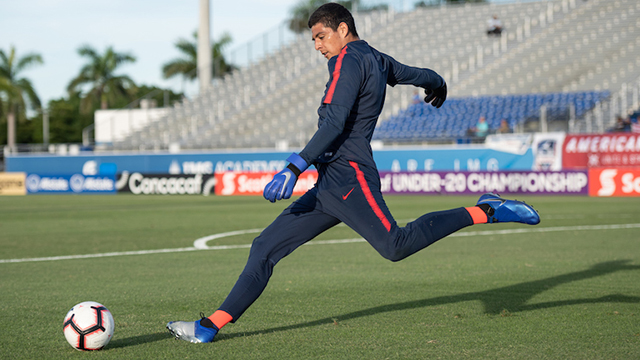 The U.S. Under-20 Men’s National Team will launch its new cycle with two matches in Rogaska Slatina, Slovenia vs. Croatia and United Arab Emirates U-23. After the USA reached the quarterfinals of the 2019 FIFA U-20 World Cup earlier this summer, this training camp represents the start of a new two-year U-20 MNT cycle.

"We have now had consistent success at this level from a development standpoint, which has been supported by excellent results,” Ramos said. “I’m looking forward to helping a new group of players to continue to raise the bar higher than ever before.”

U.S. U-20 MNT ROSTER BY POSITION (CLUB OR COLLEGE; HOMETOWN)

Two players return from the USA’ 2019 U-20 World Cup squad: forward Konrad De La Fuente and goalkeeper David Ochoa. De La Fuente started all five matches for the USA in Poland, while Ochoa started two games in goal, including a standout performance vs. Qatar in the team’s final group stage game. Midfielder Indiana Vassilev was a part of the USA’s run to the quarterfinals of the 2017 FIFA U-17 World Cup in India.

Nineteen of 22 players on the roster have spent at least one season in the U.S. Soccer Development Academy. At the end of the 2018-19 season, forward Johan Gomez and midfielder Justin Haak were named Academy Players of the Year for the Central and East Conferences, respectively.