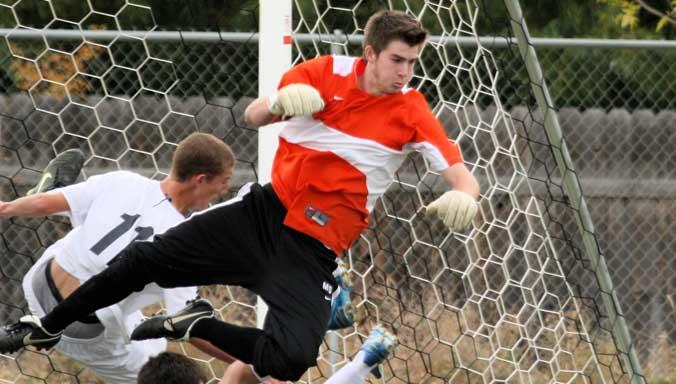 Welcome again to Players To Watch. Here are the Top 20 2012 Boys of the Pacific Northwest:

Jim Oganga of Crossfire Premier is a central midfielder with great distribution and ball skills. He has excellent vision and assists on many of his team’s goals.

Dominique Dismuke of Washington Premier has matured quickly since joining the Academy last year. He’s fast, finishes well and has a strong right foot. He is excellent running at defenders, and is getting more comfortable playing with his back to goal.

Rodrigo Rodriguez-Nilsen is a technically proficient central midfielder with good vision and passing skills, and a powerful right-footed shot.

Josh Miller of Westside Metros is a physical holding midfielder with a great work rate. He is good on the ball and in the air, he has a playmaker’s vision and, as a captain of his team, he is a natural leader. 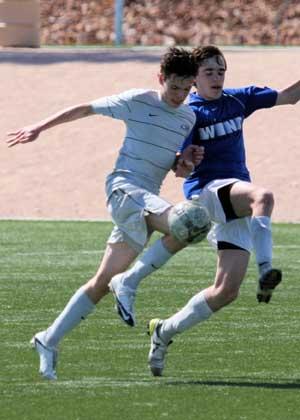 Nicholas Davey
Enrique Esparza is a crafty distributing midfielder with great vision and a nose for finding the goal. He is clever and comfortable on the ball, can play up top, in the middle or out wide, and makes quick decisions. He is athletic and technically sharp, a cerebral and creative player who likes to keep the game simple.

Jordan Baeza is blazingly fast and can play in the midfield or as a wide defender. A three-sport high school athlete, he’s at his best playing soccer. He is technical and creative, good on the ball and strong in the air.

Connor Wear is an athletic center back with good size who wins everything in the air. He’s strong on the tackle and can also play in the central midfield or wing. He’s tough and a hard worker, a grinder, but he is technically proficient and one of the best defenders in the region.

Yanphol Patino is a dynamic player who can play anywhere on the field. He’s very clever, creative and clean with the ball at his feet, a strong tackler and good in the air. He’s decisive and his work rate and attitude are top-notch.

Graham Reid of Idaho Rush is a center back who leads by example. He’s a smart, physical player who knows when to commit on the tackle and when to hold. He distributes well and excels at initiating the counterattack. He’s a very coachable and vocal leader for his team.

Garrett Jones is a central midfielder who does it all, a two-way player who acts as a sparkplug for his team. He’s a player with great energy who distributes the ball and does the dirty work, and he’s a good dead-ball specialist, too.

Nicholas Davey is a forward with deceptive pace who makes smart decisions on and off the ball, coming at defenders using several different speeds. He’s a player whose offense starts when he pressures the defense. He’s always around the ball – he gets the ugly goals, the pretty goals, and the smart ones. He’s strong in the air, a finisher, but he distributes the ball, too.

Goalkeeper Michael Soderlund is big in stature, smart, and distributes the ball well with his hands and his feet. He can make all the saves, initiates the counterattack well, is strong in the air, and has full ownership of his box. He’s a very positive, instructive communicator who sees things before they develop.

Trevor Haughton of Eastside United FC is an outside back with a good understanding of the game. He’s comfortable with the ball, organizes the defense well, and is capable of getting forward with pace along the sideline.

Zach Striar is a technically sound central midfielder who is adept at distributing the ball and getting forward. His defensive work could be better, but he’s working hard at improving in that area.

Victor Garcia is a strong and athletic forward who is good playing with his back to goal. He is excellent at combining with other attacking players on his team, and has a good tactical understanding of the game.

Dermot Kreegan is a big, strong defender for Emerald City whose greatest asset is his versatility: he excels anywhere in the defense or central midfield, and can even play forward when his team is in need of a goal.

Dustin Munger of Oregon Rush is an athletic central midfielder with a good work rate who is very difficult to knock off the ball.

Mikhail Doholis of Eastside FC is a central midfielder with distribution skills and a solid understanding of offensive tactics.

Leonard Kusina of Alaska Rush is a ball-winning holding midfielder who keeps possession for his team by playing smart, simple balls to the feet of his teammates.

Luke Logan is a very composed and intelligent player who can play as an attacking or holding midfielder. His technical ability and calm under pressure give him a good shot at competing at the Division I college level.
Related: Players To Watch,