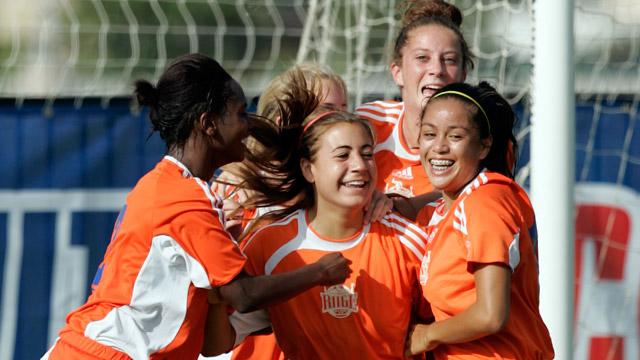 Here is the Players To Watch Team of the Month in July for the Northern California & Hawaii Region.

Rob Belme, Sacramento United America (CA-N), U16, Defender: The Sacramento United America U16’s won the US Club National Cup X U16B Super Group Regional in Seattle. With injuries and summer commitments the boys only had 13 players available making their success all the more remarkable. In the opener, the team trailed 3-1 late in the second half but equalized on a late goal by Rob Belme to finish 3-3 against Greater Renton from Washington State. 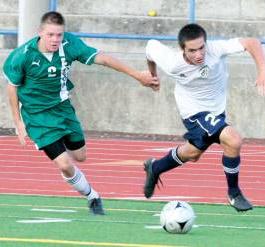 CJ Hoversten (right)
Francisco Reyes, Sacramento United America (CA-N), U16, Goalkeeper: In the Championship game of the U16B’s Super Group at the US Club National Cup X Regional in Seattle, Sacrament United America keeper Francisco “Bubba” Reyes provided his team with another stellar performance to take the championship 4-3 on PK’s.

Jesus Mendoza, Turlock F.C. Real Madrid (CA-N), U13, Defender: The NorCal State Champion Turlock F.C. Real Madrid had two ties and a win at the U.S. Club National Cup Regional’s event in Modesto in June. The Real Madrid defense kept the eventual Champions from going undefeated by holding them off to a tie. Leading the back for the team is Jesus Mendoza, a solid defender who reads the game well is also training with the San Jose Earthquakes pre-Academy squad.

Jose Benitez, Turlock F.C. Real Madrid (CA-N), U13, Midfielder/Defender: Jose, co-Captain of the Real Madrid squad, leads the attack from the midfield. He plays both sides of the ball, is an extremely creative passer and can defend as well as score from anywhere on the field. Jose is training with the San Jose Earthquakes pre-Academy this season.

Tanner Thompson, Blues SC 95 (CA-N), U16, Midfielder: Tanner and the Blues 95 squad won the US Club Regional’s Super Group in June boosting them to #2 in northern CA and #8 in the nation. Tanner, the Blues attacking midfielder, aided the effort scoring 25 goals in 5 games. He spent his last two summers at Newcastle United, West Ham and Celtic and is courting scholarship offers from Indiana ,Cal Poly and UCSB(m).

Tommy Thompson, Blues SC 95 (CA-N), U16, Forward: Tommy – a rising high school sophomore - was the leading goal scorer in the U16 Super Group at the US Club Regional’s event. He spent last two summers at Newcastle United, West Ham and Celtic and has been offered scholarships from Indiana, Cal Poly and UCSB(m).

CJ Hoversten, Blues SC 95 (CA-N), U16, Midfielder: CJ is a rising high school senior that excels both on the field and in the classroom evident by his 3.9 GPA. Some strong soccer and academic programs are interested in this young man such as the U.S. military academies, Cal Poly and Stanford among others.

Tim Fairley, Blues SC 95 (CA-N), U16, Midfielder: Tim exemplifies the exceptional student athlete as a rising high school senior with a 4.2 GPA. Tim has some prestigious programs interested in his athletic and scholastic talents such as Stanford, UCLA, Cal Poly, UC Irvine & others.

Cody Meza, Blues SC 95 (CA-N), U16, Defender: Cody is another Blues team member who is both an outstanding student and athlete evident by his 4.0 GPA and significant interest from schools such as Cal Poly, Santa Clara, UCLA, UCSD & others.

Ozzy Ramos, Milan FC Rossoneri (CA-N), U14, Center Midfielder: Ozzy is a talented player who controls the pace of the game for the #1 U14 boys team in Northern California – Milan FC Rossoneri. Team captain Ozzy recently returned from a successful two week trial at Pachuca in Mexico.

Aldalberto Guzman, Milan FC Rossoneri (CA-N), U14, Forward: “Berto” is a natural goal scorer who loves to take defenders on 1 v 1. He is tough to stop given his outstanding foot skill, speed, and ability to move back to intercept the ball at mid and drive up to score from short or long distance.

Jessie Gonzales, Milan FC Rossoneri (CA-N), U14, Forward/Midfielder: Jessie is a versatile player who can cover any position on the field, though with his natural speed he excels at the attacking midfield position scoring a lot of goals for this talented Rossoneri squad. He is deadly when crossing into the box and is an unselfish player who connects well with the other forwards and mids for assists.

Following is the Girls List, in no particular order:

Kayla Collins, Blues SC 97 (CA-N), U13, Midfielder/Defender: Kayla, a rising high school freshman, is a strong, hardworking and versatile player who can cover both the midfield and defense for his Blues 97 team.

Alyssa Rushing, Blues SC 97 (CA-N), U13, Goalkeeper: Alyssa is an upcoming freshman in high school who is consistently rated as one of the top keepers in northern California.

Isabelle Lilly, Santa Rosa United Freeze (CA-N), U13, Midfielder: “Izzy” is the Freeze’s defensive midfielder. She is a tenacious defender with incredible leaping ability and timing that can be counted on to win every ball in the air. She is a team leader and a composed, technically skilled player who maintains possession.

Madison Gonzalez, Santa Rosa United Freeze (CA-N), U13, Forward: Madison is the “complete” center forward possessing explosive speed, vision, creativity with and without the ball, and can score at close range, distance and off of headers. Madison was named “Most Impressive” at the recent Davis Legacy college showcase.

Yvette Cuellar, Bay Oaks SC Botafogo (CA-N), U14, Midfielder: Yvette is the playmaker for the Bay Oaks SC Botofogo. She is technical, creative and reads the game extremely well to connect the defense and offense via her exceptional ball distribution skills.

Stephanie Zuniga, Bay Oaks SC Botafogo (CA-N), U14, Forward: Stephanie, a recent addition to the U15 U.S. National Team, is a versatile athlete who can play midfield and forward. This technical and creative goal scorer possesses great footwork, excellent 1v1 skills and can score from distance or close range.

Aerial Chavarin, Oaks SC Botafogo (CA-N), U14, Forward: Aerial is another versatile athlete on the Bay Oaks squad who recently moved from her forward position to cover center back during the US Club Regional event. Aerial is a 98 playing up with the Botofogo but plays well beyond her years and is truly a ‘difference maker’ on this talented squad. Aerial attended Region IV camp with the 98’s in June.