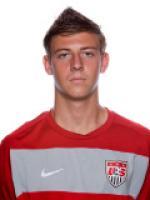 The Southern California Players To Watch ranking update shows a pair of North Carolina recruits, Laura Liedle and Amber Munerlyn, leading the 2012 and 2013 lists respectively. U17 WNT standout Madeline Bauer is #2 at 2013, and Arsenal’s Kaitlyn Johnson, a USC verbal, is prominent in the 2012 list.

On the Boys’s side. U17 MNT players Alejandro Guido, Mario Rodriguez, Jack McBean and Paul Arriola are ranked highly in the 2012 and 2013 lists.

In the Northeast TeamRank update, Boston-area club Stars of Massachusetts leads U14, U17 and U18 Girls’ age groups, with local rivals Scorpions SC on top in the U16 category, and Connecticut FC setting the pace at U15. On the Boys’ side, returns are very early, but FC Blazers lead a number of age groups.