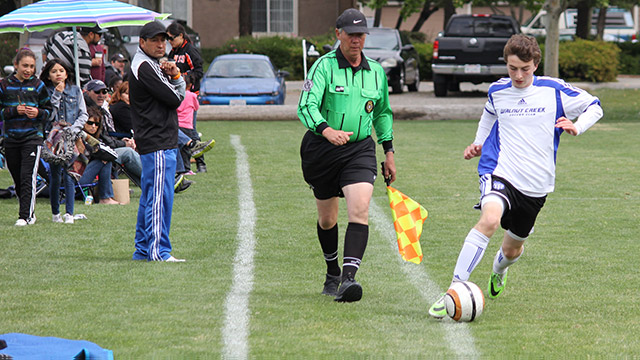 D Wyatt Hattich, Walnut Creek Crew 96 (U15): Hattich’s team lost 4-0, and he was partially at fault for the final one after being caught ball-watching. Still, his soccer IQ was off the charts Sunday. Whether it was joining the attack and lofting a perfectly chipped through ball to a teammate or passing back to his keeper outside of the goalmouth, Hattich showed a deep knowledge of the game at such a young age. While his teammates and opponents would clear balls blindly, all of Hattich’s clearances dropped cleanly at the feet of his teammates, no matter how much pressure he was under. His team may have lost by four goals, but it likely would have been much worse without him.

M Vincent Cerventes, CA San Jose United (U15): In addition to scoring the winning goal against Walnut Creek, Cerventes was instrumental in locking down the center of the field, leading to the majority of possession for San Jose. Cerventes’ set-pieces were excellent all day – he also hit the crossbar with a corner kick.