One of biggest US youth clubs shuts down 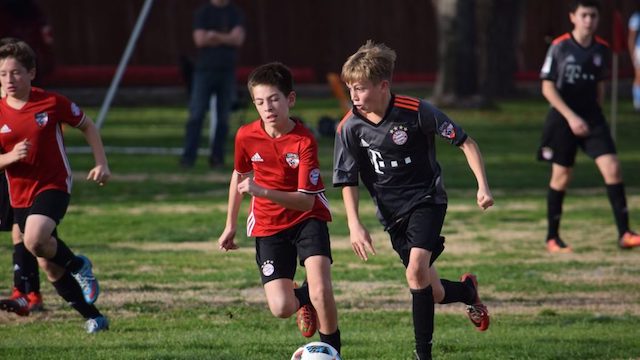 One of the largest youth soccer clubs in the United States shut down operations over the weekend.

Global Premier Soccer (GPS) announced that the club was ending operations in an email sent to club members last week. The news was reported by SoccerToday on Friday night.

Chris Kessell tweeted out the letter that Caldwell sent to member clubs on Friday.

Here is the letter from the GPS CEO that just went out.

Caldwell told club members that GPS ownership and LGS (Legacy Global Sports), which owned 80% of GPS, decided to shut down operations immediately. Caldwell said that they blamed the “bankruptcy petition filed by certain creditors” as well as the uncertain times with COVID. LGS was forced into Bankruptcy Court in May when its creditors filed a Chapter 7 petition.

Caldwell did explain in the letter that he had reason to be optimistic recently about the future of the club despite the bankruptcy cloud hanging over the business.

“We were encouraged by the strategic options being looked at to set the organization up for future success,” Caldwell wrote.

Caldwell was appointed as the Chief Executive Officer of GPS in late January of 2020. He previously served as the Director of Coaching for Scorpions SC.

“My singular goal is to offer the best program for youth soccer in the USA,” Caldwell told SoccerToday when he was hired in January.

SoccerNation reported that GPS reached nearly 100,000 youth soccer players in the United States - thanks to the clubs, recreation programs, and summer camps.

The GPS brand extended over many states with the strongest foothold in New England. The company website list branches in 21 states.

Despite the massive outreach, the club has not been cast in a positive light. NE Soccer Journal reported in February that the former president of the club, Joseph Bradley, faced a federal investigation “concerning improper work visas used by the youth club’s coaches.”

A former GPS employee, Gavin MacPhee, pled guilty to obstructing justice in May. MacPhee was part of the GPS IT platform and deleted at least one email account for a former employee. MacPhee deleted the email account after a search was executed at the company headquarter in October of 2019. He is scheduled to be sentenced in September.

GPS also brought legal troubles on others, as the company filed a complaint in the US District Court for the District of Massachusetts in March alleging that two former employees engaged in a scheme to divert business from GPS to Surf Soccer Club.

The common theme for GPS across the board seems to be negative feedback from coaches and parents. The reviews on Glassdoor, a recruiting and job site that allows current and former employees to post feedback about companies, are not kind. Negative reviews begin back in 2015 with many employees referring to GPS as the worst company ever and feeling threatened to stay silent “for a visa.” Surprisingly, there are reviews on Yelp too - and they also paint an awful picture of the club.

For whats next for the thousands of players without a team for the new season now. SoccerToday reported that club fees were not due until July 1 for next season, which should be a relief for some. Kessell also posted that certain GPS branches are already looking at new memberships with GPS New York reappearing as Rush Soccer.