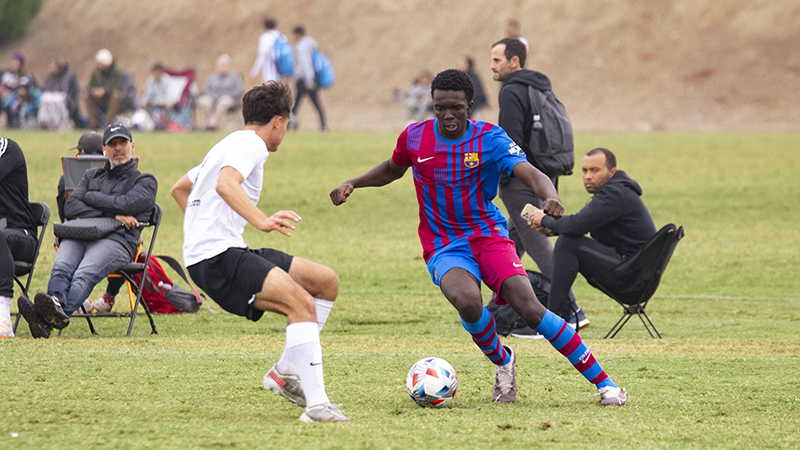 The 2022 graduate joins the USL Championship champions from the Barcelona Residency Academy in Arizona.

“I'm very thankful for the opportunity of joining this successful club,” Osundina said in a press release. “I’m looking forward to giving my all in contributing to the squad as well as furthering my development as a young professional soccer player.”

No. 66 in the 2022 Boys IMG Academy player rankings, Osundina played for the Barca Residency program in MLS Next. Prior to moving to Arizona, he played for Crossfire Premier in the Pacific Northwest.

"Joining the current USL Champions is a testament to Korede’s ability and it is no surprise to us given the level of his performances during his time with our academy that he has landed in such a great environment and top club,” Academy Director/U19 Head Coach Ged Quinn said. “I am sure he will thrive in the culture that Coach Richard [Chaplow] and his staff have created in Orange County. This is just the beginning of a very exciting career in the professional game for Korede and we look forward to tracking his success.”