Today we’re looking at our latest girls’ commitments from around the country.

Brooke Rice (Sparta United) is heading to Santa Clara for the 2011 season to play with sister Ellie Rice, a midfielder for the Broncos. 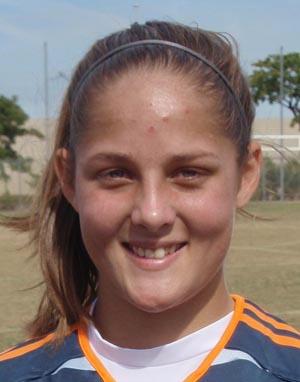 Nicole Pond
“I wanted to play with her,” Rice said, of one of the main factors behind her decision. “I believe Santa Clara has some of the best coaches and a campus that is one of a kind. It’s the perfect size for me.”

Matisse Hemingway (West Coast FC) will be heading to Washington State for the 2011 season, giving the Cougars another solid goalkeeper on the depth chart.

Lauren Silver (Team Boca) is staying instate and attending Florida for the 2011 season.

Nicole Pond (FASA), our No. 51 player in the 2012 class, has decided to attend Michigan State. Pond is a young goalkeeper who will compete for playing time with the Spartans’ current netminders.

Olivia Pappalardo (Eclipse Select), our No. 97 player in the 2012 class, is headed to Colorado. Pappalardo is a central midfielder with good game experience at one of Chicago’s best clubs. She’s a hard worker with good skills and speed. 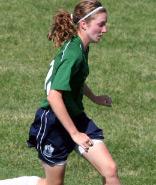 Elise Krieghoff (Cal Odyssey) is heading to Cal Poly(w) for the 2012 season. Krieghoff is a forward ranked No. 7 in our Northern California & Hawaii region.

Rebekah Foreman (So Cal Blues) is heading to TCU for the 2012 season.

Oksana Nicholls (Arsenal FC) is heading to Northeastern for the 2012 season.

Erica Graziosi (New Jersey SC) is staying on the East Coast and heading to Saint Joseph's for the 2012 season.

Lauren Gibson (Blue Valley SC) is a strong defender who will be taking her talents to Mount St. Mary's for the 2012 season.
Related: Players To Watch,
Headlines
Club Rankings HQ
View all rankings >>