Comments
They signed on the dotted line, now they’ll aim to help lead on the field. These are your incoming freshman:

Xavier
Signed: Garrett Halfhill (Virginia Rush), Matt Hill (Columbus Crew), Andrew Jordan (Penn Fusion), Jake Linden (NFC Veleno), Darin Kruzich (Dallas Texans), Matt Paprocki (Downers Grove Road Runners), Jimmy Rickert (Mockingbird United), Owen Steinwall (Sereno FC), James Weber (North Shore United), Will Walker (Columbus Crew)
Skinny: The Musketeers have made some noise with this class – Atlantic 10 beware. Weber, for starters, is one of the best goal-scorers in the country which explains why he sits No. 49 on our Top 100. He has taken Wisconsin by storm over the past few years, setting scoring records with his wiry frame and technical ability. Fellow Top 100 prospect Steinwall (No. 51) joins him and will provide a defensive presence. Steinwall is tough on the ball and good in the air, bringing an edge to whatever team he’s on.

Garrett Halfhill
Also among this hefty class of 10 (along with one transfer) is Linden, who captured the Gatorade Boy’s Soccer Player of the Year for the state of Nebraska. He’s a fine attacker who is dangerous when running at defenders. This group also includes goalkeeper Paprocki along with center back Halfhill who could potentially bring size and leadership to the mix.

Monmouth
Signed: Tim Ballard (Match Fit Chelsea), Stephen Graziani (Parsippany Soccer Club), Matt Jeffery (PDA), Derek Luke (PDA), Andres Penfold (FC Westchester), Kalle Sotka (Helsinki Finland)
Skinny: Monmouth has established quite the program in the Northeast Conference over the past few years. The squad’s success has undoubtedly helped with recruiting and this year’s crop is a diverse one. Penfold is the leading goal-scorer for his Westchester FC group, a crafty target forward who holds the ball up well. We have him ranked No. 80 in our Top 100. Goalkeeper Graziani arrives with an interesting opportunity after the graduation of Bryan Meredith, who was drafted into the MLS. Graziani is big and athletic with good range – sounds like the recipe for a good career.

Sotka arrives all the way from Finland where he played on the Finnish Youth National Team. He’s a technically sound midfielder with a great work rate. Defenders Ballard and Luke both arrive from the Development Academy. The Hawks will be attempting to reach their third straight NCAA Tournament this season.

Sacramento State
Signed: Michael Angell, Alex Lopez (Pateadores SC), Maxxwell Bauman (Pateadores SC)
Skinny: The Hornets are coming off a nice run to the second round of the NCAA Tournament in 2010. Along the way, Sacramento State lost key midfielders Ernesto Carranza and Fernando Cabadas. Filling those voids had to be a major objective of the offseason, and the program hopes its done so with the likes of midfielder Lopez. Lopez is a complete player with skill and savvy and could potentially step in and help right away.

Bauman arrives as a player who could be a spark for the team. He plays with energy and effort. Angell is a defender with great size and versatility. He could also help ground the team in the defensive midfield. 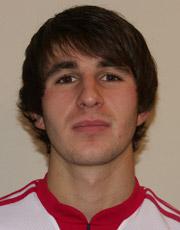 Paul Ehrenworth
West Virginia
Signed: Jordan Moore (Solar SC), Andy Bevin (Napier New Zealand), Nick Breitsamater (Potomac SC), Ryan Cain (Wellington, New Zealand), Paul Ehrenworth (New York Red Bulls), Ryan Morris (NJSA 04), Craig Stephens (Wellington New Zealand), Ryan Tauss (FC Westchester Academy)
Skinny: The Big East is no easy conference to navigate, and the Mountaineers will need every bit of their freshman core to help show the way. Morris brings great Development Academy experience and a track record of leadership. He is No. 8 in our New Jersey Region. Ehrenworth comes in at No. 12 on our New Jersey list and is a left-footed left back. He is also a solid distributor in the attack and has a good feel for the game.

Tauss is an FC Westchester product who will come in as a center back or possibly a defensive midfielder. This West Virginia group also features two New Zealanders and three college transfers – making for a collection that will have to make adjustments.
Related: Players To Watch,
Headlines
Club Rankings HQ
View all rankings >>