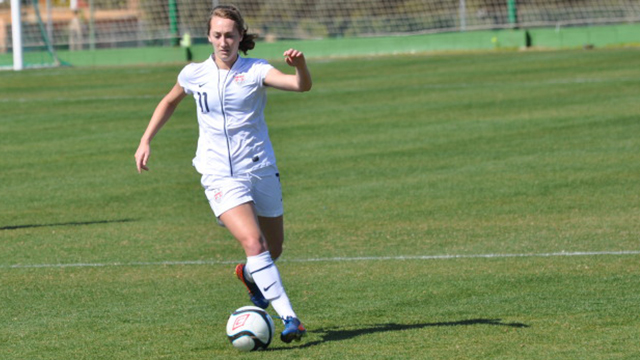 With a trip to the semifinals already booked, the U.S. U17 Women’s National Team clinched first place thanks to a 3-0 win over Mexico in the final game in Group B action down at the 2012 World Cup qualifying tournament. 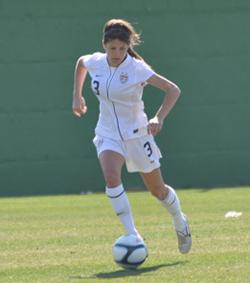 Summer Green scored a hat trick to help the U17s secure a semifinal matchup against Panama with a spot at the U17 Women’s World Cup at stake. Read the full match report.

Here’s a look at how the team fared in another win in Guatemala:

GK: Jane Campbell, 7 – Didn’t have to make any spectacular saves, but was alert when she needed to be, marshaling the area and claiming crosses with plenty of authority.

D: Madeline Bauer, 8 – Another outstanding performance from the center back, as the defense didn’t yield a goal in all three group games. Her calmness with the ball at her feet helped set the tone going forward, and she was quick to snuff out anything and everything Mexico threw at them.

D: Miranda Freeman, 7 – Like her center back counterpart, Freeman put in a nearly flawless performance to secure the shutout.

D: Gabrielle Miranda, 6 – Similar to Basinger, her ability to get forward helped pin back the Mexican wingers. Defensively, answered all questions asked of her from her left back spot.

MF: Morgan Andrews, 7 – Shielded the back four from her usual defensive midfield spot, also distributed the ball well all over the field.

MF: Sarah Robinson, 6 – Was literally all over the pitch, using her non-stop engine and throwing herself around the field in an attempt to win the ball back and kick start the attack.

MF: Lauren Kaskie, 6 – Clogged the midfield effectively and was tidy in her distribution.

F: Margaret Purce, 7 – Troubled Mexico’s defense with her pace and won the penalty in the 16th minute that Summer Green buried to open the scoring.

F: Summer Green, 9 – Another outstanding performance for the forward, scoring another three goals. Converted a first half penalty and then finished off two fine individual efforts to score her second hat trick of the qualifying tournament.

F: Amber Munerlyn, 7 – Gave Mexico problems with her speed on the flank, although she didn’t manage to find the back of the net herself.

MF: Joanna Boyles, 7 – Substituted in early in the second half and the U.S. didn’t drop a beat. Her shots from distance almost found the back of the net on a couple of occasions.

F: Toni Payne, 7 – Came in and played out of her usual forward position, spending time as an attacking midfielder and show well there, before shifting up top for the last five minuets of the game.

MF: Morgan Stanton, No rating – Entered with just over five minutes to go and didn’t have much a chance to impact proceedings.